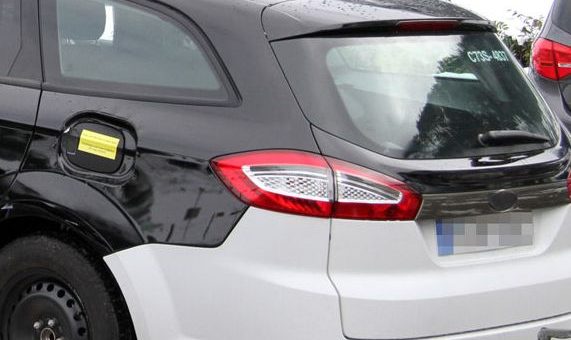 Ford’s next generation midsized vehicle that will fold together both America’s Fusion and Europe’s Mondeo models has been caught testing in ze Alps. But unlike the previous spy photos capturing the vehicle that we’ve seen, this one showcases a five-door wagon model.We again can still make out the clear resemblance of the new design with the Ford Evos concept car from Frankfurt, despite the camo.

Will it come to the United States? There’s a slim chance, but it never hurts to hope, or to voice your opinion in the comments below. For a full gallery, visit Autoblog.