On September 9, 2013, the all-new Ford Transit Connect was named the “International Van of the Year 2014” at the COMTRANS commercial vehicle exhibition in Moscow. The award is the result of a vote by a jury of 24 European specialist journalists, who granted the Transit Connect 130 points from a maximum possible 163, putting it ahead of the Mercedes-Benz Sprinter (123) and Renault Kangoo (25).

The honr makes The Blue Oval the first single manufacturer to be awarded the prize for two consecutive years, while marking a record-equalling fifth “International Van of the Year” victory following previous successes for the Transit (2001), Transit Connect (2003), Transit (2007), and Transit Custom (2013).

Ford’s performance in the commercial vehicle space has been nothing short of impressive: the redesigned Ford Ranger won the International Pickup Award in 2013, and the automaker’s 1.0 liter EocBoost petrol/gasoline engine was named International Engine of the Year in 2012 and 2013.

Even more impressive, The Blue Oval isn’t planning to sit on still, as it will have completed an absolute redesign its entire commercial vehicle range over the next two years, where the new Transit Connect joins the all-new Transit (with four models) and Transit Custom, while the 2-tonne Transit and Transit Courier will be launched in 2014.

“Our teams across Europe are justifiably over the moon with this great news” said Transit Connect chief program engineer Stephen Lesh. “The team has worked tirelessly to deliver the perfect vehicle for our hard-working customers, and this is a wonderful day for all those responsible for the Transit Connect across Europe.”

Ordering for the all-new Transit Connect is available now, with deliveries scheduled to commence in late 2013. 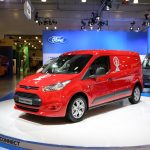 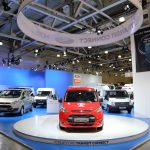 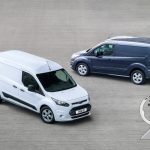 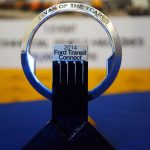