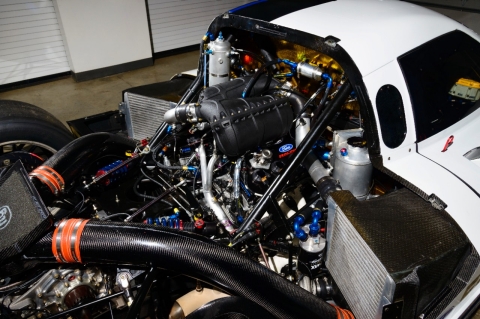 As Ford prepares to debut its 3.5 liter V6 EcoBoost engine in the 2014 TUDOR United SportsCar Championship series due to kick off at the highly-anticipated 2014 Rolex 24 at Daytona in January 2014, the boosted six-banger will make its first run on the Daytona track on October 9, 2013 — asMichael Shank Racing’s Colin Braun at the wheel of a Daytona Prototype Race Car attempts to set a new track record at the circuit.

A joint effort between Michael Shank Racing, Ford Racing and Continental Tire, the goal is to eclipse the 210.364 mph lap laid down by NASCAR titleholder Bill Elliott on February 9, 1987, who piloted his Ford Thunderbird at the record-setting speed in qualifying for the Daytona 500. 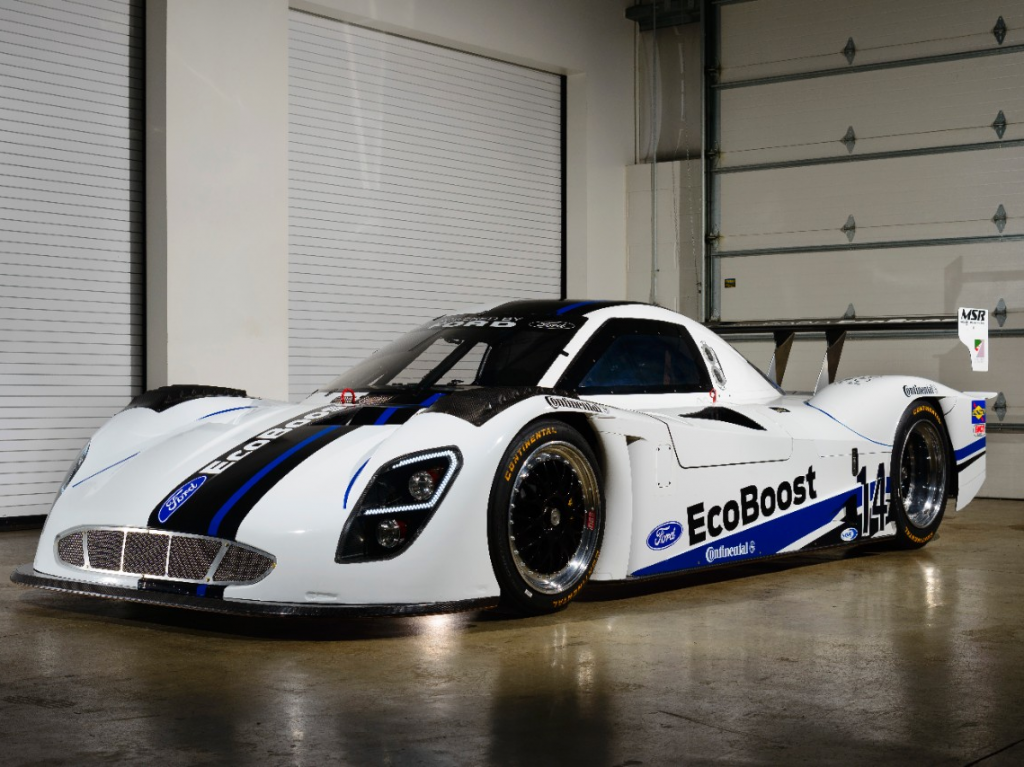 “It’s really a privilege to have an opportunity to put your name in the record books like this,” says team owner Mike Shank. “It is almost inconceivable that this record has stood for such a long time, so it’s pretty special to be involved. We worked a long time to develop our relationship with Ford to be in a position to take on projects like this. Anytime you can get in the record books, it is a great opportunity and just builds on what this company has done.”

Michael Shank Racing and Colin Braun are planning to hit the track at 8 a.m. to start building up speed for the record attempt.

Can you imagine the headlines if the Daytona Prototype race car powered by a production-based 3.5 liter EcoBoost V6 actually sets the speed record tomorrow at Daytona? If it does, publicity and street cred for the EcoBoost line of engines will reach entirely new heights!

We wish the team the best of fortune for tomorrow’s exhilarating endeavor.