Here’s something you may not have known: the Blue Oval owns over 60% of the taxi market in the United States (according to Ford’s own publicly-available numbers). Let’s let that settle in: over half of the taxis out there in the US of A are Fords. Yupp, we’re talking about thousands upon thousands of checkered-hat-wielding Crown Victorias and Grand Marquis roaming the streets.

Ironically, very few automakers are currently pursuing the new taxi cab space, but Ford has recently introduced its offering for the mainstream taxi market in the second-generation Transit Connect Taxi to follow the first-gen, which has been on sale since 2010 serving passengers in some of the most demanding taxi markets including Miami, Las Vegas, Philadelphia, and Boston.

The new Transit Connect Taxi is also longer, offering seating for five and increased cargo capacity with 60.5 cubic feet of cargo volume behind the second row — which Ford expects to be best-in-class. The vehicle can accommodate a compressed gas tank, while still leaving ample room for luggage.

In addition, the Transit Connect Taxi floor has been lowered for improved access to the cabin, and it can be modified for wheelchair accessibility through Ford’s Qualified Vehicle Modifier program.

Given that Ford is one of the very few automakers pursuing the new taxi space, and given the highly-competitive Transit Connect Taxi with which it is doing so, it’s highly likely that The Blue Oval will retain, if not grow, its presence in the taxi space. And ultimately, that means significant sales volume for the Dearborn-based automaker. 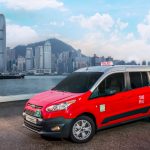 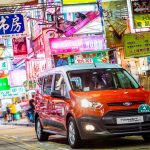 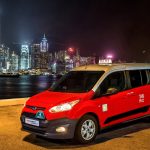 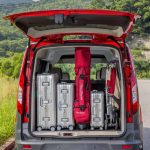