The one element that will change the Ford Mustang forever is the introduction of the independent rear suspension (IRS) on the all-new sixth-generation model (internally known as S550). Whereas previous Mustangs featured a live rear axle (also referred to, rather inaccurately, as a solid rear axle), the all-new 2015 Mustang has an advanced suspension setup that turns the pony car into a world-class handler with excellent vehicle dynamics and improved ride quality. So much so, in fact, that Ford benchmarked the new Stang against the BMW M3 and Porsche 911. What makes the S550 a capable corner-carver and the quickest and most refined Mustang yet? 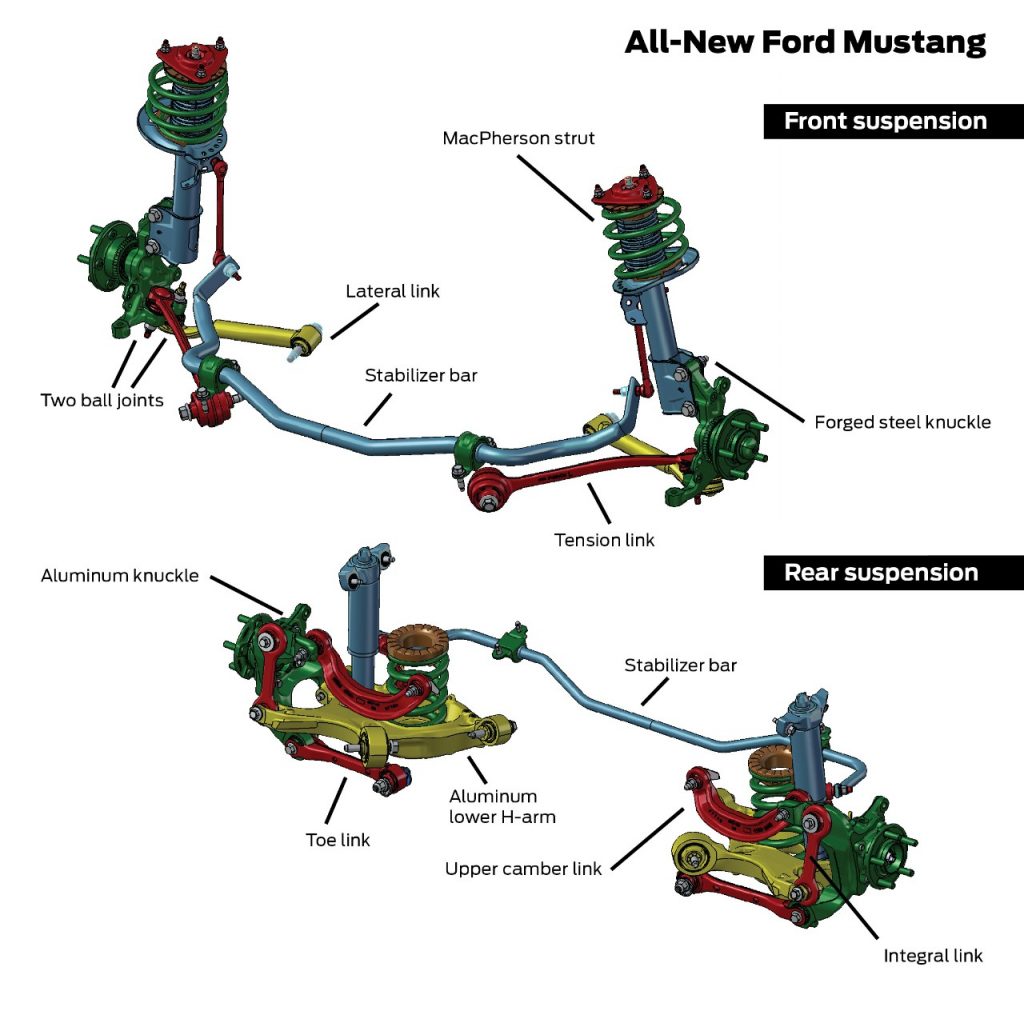 It all starts with a solid foundation: the S550 sports a body structure that is significantly stiffer than that of the previous-generation S197, allowing engineers to precisely tune the suspension without making it overly stiff and punishing.

At the back, an integral-link independent suspension with coil springs, a solid stabilizer bar, and twin- or mono-tube dampers (depending on the model) finally put the archaic live rear axle to rest. Aluminum rear knuckles help reduce unsprung mass.

One of the negative attributes of the last-generation (S197) Mustang was its exaggerated body movements upon hard acceleration (nose lift, back squat) and braking (nose dive). Luckily, the S550’s newfound all-independent suspension sports a geometry that features twice as much anti-squat, anti-lift, and anti-dive force at each axle, keeping the Mustang’s body more level under hard driving conditions.

As before, drivers can adjust the steering effort individually thanks to the electric power assisted steering. But the 2015 Mustang builds on that by introducing Selectable Drive Modes, which enable the driver to quickly adjust steering effort, throttle response, shift control and stability control settings by toggling between normal, snow-wet, sport and track modes.

We seriously can’t wait to get some seat time with this car. Serious seat time. At the track.