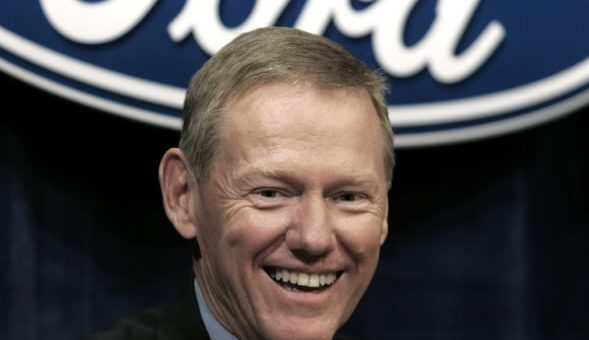 For weeks, rumor had it that that Ford Motor Company CEO Alan Mulally was the front-runner for the chief executive position at Microsoft. In fact, speculation about Mulally — who is largely responsible for The Blue Oval’s extraordinary turnaround — leaving The Blue Oval to head Microsoft has become the topic du jour as it relates to Ford. But on Tuesday, Ford’s chief exec decided to put an end to the rumors, and stated that he will stay at Ford at least through the end of 2014.

“You don’t have to worry about me leaving,” Mulally said in the report. “I would like to end the Microsoft speculation because I have no other plans to do anything other than serve Ford”.

Notably, this was the first time Mulally has provided a definitive answer to questions surrounding the rumors of him leaving for Microsoft. However, he declined to say in the AP interview whether he had been in talks with the technology company about the CEO position.

The rumormill surrounding the possibility of Mulally taking the CEO job at Microsoft was set in motion in August (2013), when current Microsoft CEO Steve Ballmer announced plans to retire within 12 months following the selection of his successor. Since then, many reports and speculative stories placed Mulally as the leading candidate to succeed Ballmer. And until today’s statement, Mulally never directly addressed the rumors, instead sticking to the “I’m happy at Ford” line, which only added fuel to the rumormill.

Now that Mulally has publicly denied the claims, the media’s attention has been refocused on other reported candidates for the Microsoft job. The chairman of the Microsoft search committee, John Thompson, has previously stated that the board identified more than 100 possible candidates for the job, talked with several dozen, and narrowed the list down to about 20. Thompson reiterated an earlier statement by Microsoft Chairman Bill Gates that the CEO position at the firm is a “complex role to fill, involving a complex business model and the ability to lead a highly technical organization and work with top technical talent.”

It’s nice to see Ford out of the spotlight as it relates to this topic, since this is probably the only kind of publicity that is, arguably, undesirable. Man does it feel good to be right.