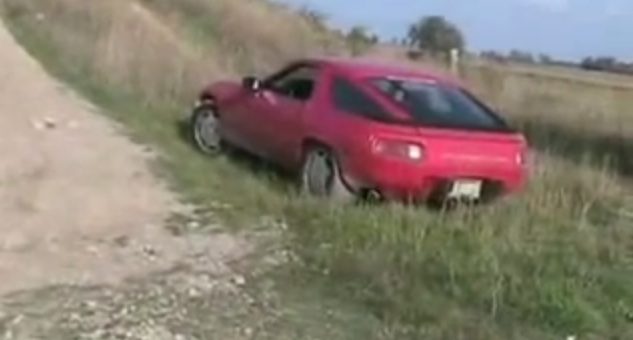 When thinking of ideal cars for doing participating in some off road hoonage the, Porsche 928 is hardly the first car that comes to mind. Once meant to replace the 911, the 928 was one of the most expensive cars around when it was first introduced in 1978.

That is what makes the video below great. There’s just something undeniably awesome about some rednecks taking an old, beat up front-engine V8 Porsche off some homemade jumps. Surprisingly, the 928 still runs and drives by the time its all said and done. Though it sounds like its seen better days.