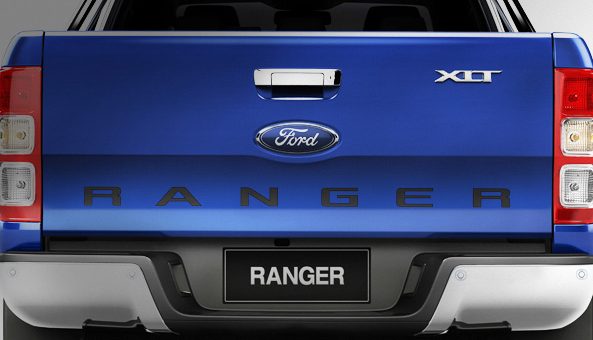 Ford has made it crystal clear that it has no plans to offer the midsize T6 Ranger pickup truck in America. That much we know. But recent developments in the segment — namely, the announcement of the 2015 Chevy Colorado and 2015 GMC Canyon — have made some enthusiasts question Ford’s decision regarding the Ranger, which measures within (give or take) ten percent of the full-size F-150’s dimensions.

All that makes us wonder if Ford’s upcoming 2.7-liter EcoBoost V6 engine that’s rumored to be available in the all-new 2015 F-150, could fill the downmarket gap left by the absence of the Ranger, and compete downmarket in the midsize space with the Toyota Tacoma, Nissan Frontier, and the 2015 Colorado and Canyon.

The knee-jerk pundit in us thinks that this might be well within reason, thanks to improved fuel economy the boosted 2.7 will undoubtedly bring to the new lighter and more fuel-efficient F-Series. However, more careful analysis leads us to conclude that such an idea would not be financially feasible, simply because the boosted 2.7-liter six-banger will almost definitely be an upgrade (read: extra-cost feature) on the new F-150, thereby putting it well out of financial reality (read: price range) of most midsize pickup truck buyers.

Moral of the story: competing in a vehicle class (midsize pickup trucks) with the wrong vehicle (full-size F-150) is never a good idea, at least not in this case. If Ford wants U.S. and Canadian midsize truck buyers to drive Blue Oval, it needs to offer the Ranger. End. Of. Story.