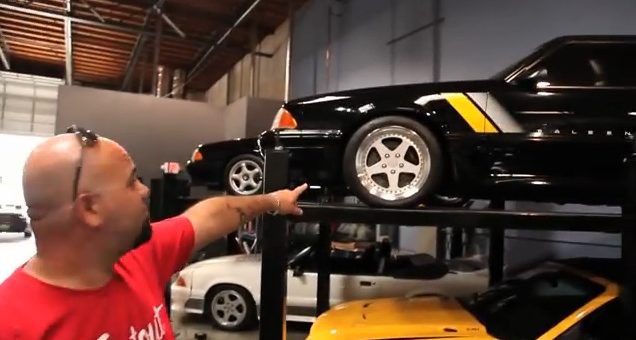 In October of 2013, The Smoking Tire host Matt Farah visited a mind-blowing collection of unique sports cars from all walks of the world, including America, Japan, and Germany. And though Matt originally didn’t reveal who the collection belonged to at first, it turns out that it’s the property of Paul Walker and his good friend, financial advisor, and former professional racer Roger Rodas. Both Walker and Rodas tragically lost their lives on November 30, 2013 in a car accident in Santa Clarita, California.

The collection has more unique Mustangs, BMWs, and Porsche 911s that we lost count, which is what made Walker so cool: he didn’t just play a car guy in the movies, but was a die-hard car guy in real life. Sure, the collection has a has few “celebrity status” cars like the Rolls-Royce Phantom (finished in a matte blue wrap) and Maserati Quattroporte, but we imagine that not many actors own a BMW 850CSi or several Saleen Mustangs.

The world is now worse off without Paul and Roger, and it’s unclear what will happen to their collection. For now, all we can do is enjoy in watching what the two good friends had the opportunity to enjoy not so long ago. RIP Roger and Paul.