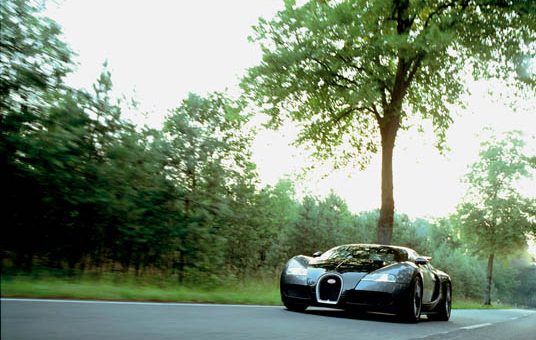 Superstar Simon Cowell put his 2008 Bugatti Veyron up for sale at Barret-Jackson over the weekend, and final bidding for the supercar ended at $1.375 million.

It comes as no surprise Cowell decided to sell the 1,001 horsepower Veyron, which he bought off the showroom floor in Beverley Hills after it was “beckoning him to buy it”, as he admitted to Ellen DeGeneres on her show last year that he had only driven it twice in three years.

Apart from its former celebrity ownership, Cowell’s now-former Veyron is unique in being the first certified pre-owned Bugatti sold through a new factory program. According to Barrett-Jackson, this Veyron has about 1,300 miles on the clock, most of which were driven by the expert criticizer himself.