Just this past weekend at the Barrett-Jackson auction in Scottsdale, the rights to have the first retail production unit of the all-new 2015 Ford Mustang sold for a prodigious $300,000. As the dust begins to settle following the auction, we now have official confirmation from the Ford Motor Company about the winning bidder.

Putting down the winning $300,000 was car collector and North Texas Ford dealer Sam Pack. For his pony, Mr. Pack will be able to select either a manual or automatic transmission, along with any interior and exterior color combination offered on the 2015 Mustang GT.

Pack’s purchase helped Ford Motor Company increase its charity vehicle sales to more than $3.5 million for JDRF — the leading diabetes research organization and a Ford partner since 1983. In appreciation of the donation, the team involved in the design and development of the new Mustang will sign Pack’s car.

We extend our heart-felt congratulations to Mr. Pack for an auction well-won and a donation well-made. May your 2015 Mustang live forever. 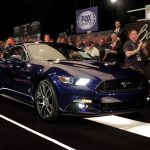 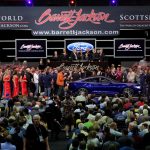 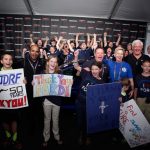