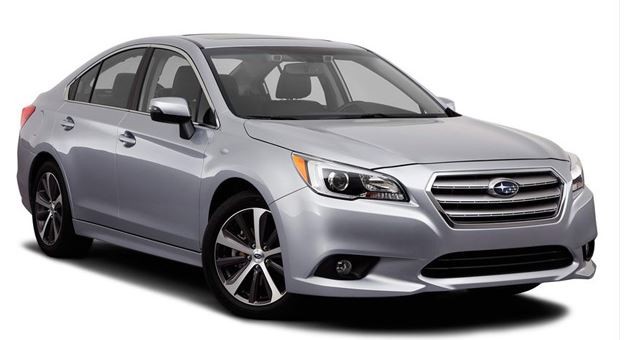 Subaru is set to reveal the new 2015 Legacy at the 2014 Chicago Auto Show later this week; however, photographs of the midsize sedan have leaked, giving us a taste of the finished product.

Although Subaru have seen extraordinary growth as each month passes by, their beloved crossover models bare most of the weight – the performance vehicles also hold their own. The Legacy, on the other hand, hasn’t enjoyed the same success. Subaru is determined to change their fortunes with the 2015 model.

Despite any major overhaul, enough subtle cosmetic changes have resulted in a much more cohesive and free-flowing exterior. Yes, the look of the 2015 Legacy seems to have taken a more conservative approach from the LA Auto Show Concept (few midsize sedans break this form anyways), but with the loss of bulky additives like the previous-models fenders, the shape of the new and improved version appears more streamlined than before. And we are all familiar with the business-first Subaru interiors — nothing has changed in this case. Yet, whilst maintaining a mundane and functional appearance, features such as a new steering wheel and the improved navigation system, Subaru has still managed to separate the 2015 Legacy from its predecessor.

What the photos don’t tell us is what the Legacy runs under the hood. Engines mentioned in speculation are the 2.0 and 2.5 liter Boxer engines, both naturally aspirated – there may even be talk of the turbocharged WRX engine for a future performance model. Delicious.