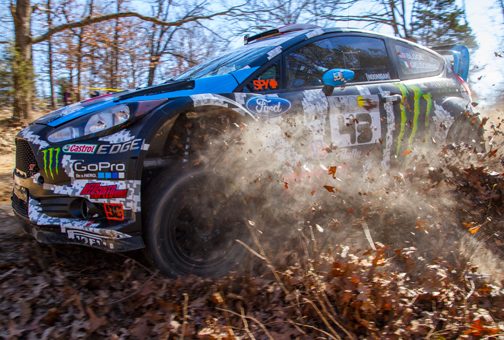 Ken Block and co-pilot Alex Gelsomino drove their (highly-tuned and totally gutted) Ford Fiesta to victory at the 100 Acre Wood on Saturday (February 22nd) night, starting the 2014 Rally America season with a win. The victory marks Block’s seventh win at the event in the last eight years. 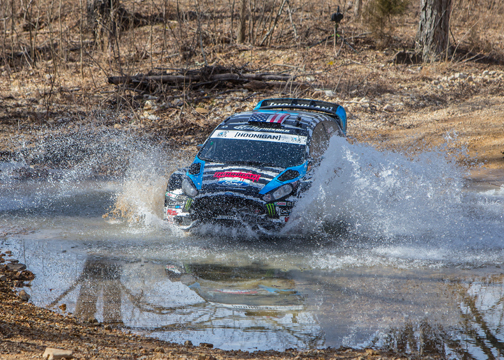 From the very start, Block built a 20.6 second lead over David Higgins driving for Subaru Rally Team USA. The engine in Higgins’ car failed on Stage 9 on the second day, forcing his retirement, and sealing the win for Block.

“I felt as if I had very few mistakes this weekend,” said Block, “Unfortunately, my top competition fell out on day two and I was able to extend my lead. It took some pressure off, which I don’t like, because I like to push hard. Instead, I was able to just enjoy these roads and put on a good show for the fans.”

The team will be back in action May 2-4 at the Oregon Trail Rally in Portland, Oregon.

In other news, Andrew Comrie-Picard and Ole Holter won the 2WD division of 100 Acre Wood, beating out a competing team from Scion.