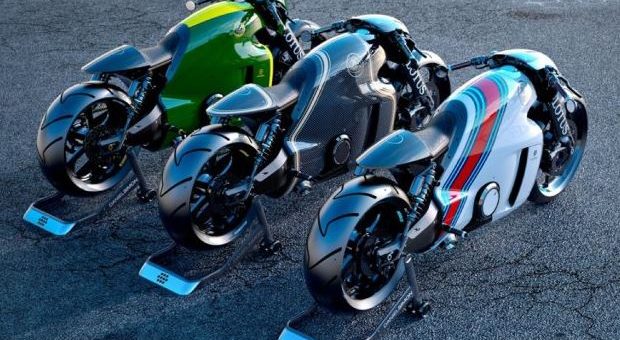 German racing team Kodewa has recently announced that after a couple of long and inspiring years, they are finally ready to release a new and technologically impressive motorcycle to the market this year. Most intriguingly of all, is the fact that this new 2-wheeler is officially licensed under the name of one of motorsports’ most iconic teams: Lotus.

For a bit of background, Kodewa fields and races the Lola LMP2 race cars as part of the FIA World Endurance Championship, and had just two years ago, requested permission from the legendary brand to create a motorcycle in honor of the marque’s storied history both on the track and on the street.

The first bike under the Lotus trademark; named the C-01, is not in any part influenced by the British brand, as all the mechanical and design are handled solely by the Kodewa team from Germany. And it looks likes something out of a movie. Tron: Legacy, to be specific.

This is because the Lotus C-01 and Tron Lightcycle share the same designer: Daniel Simon, also formerly of Bugatti. 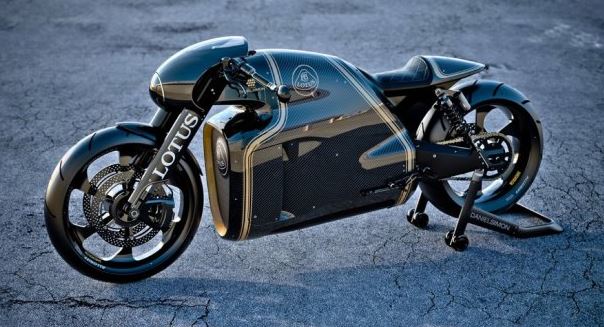 This C-01 is designed for the utmost in performance and speed, featuring a 1195cc V-twin engine that puts out 200 horsepower nestled in the heart of the motorcycle. Containing this immense powerplant is a very unique and futuristic body, composed out of only the most exotic of materials including carbon fiber, magnesium, and aerospace grade steel. It supposedly weighs just 400 lbs.

This newest superbike is available in a varying range of different designs, some of which, are liveries meant to recall previous racing vehicles, and to evoke wonderful memories achieved by the storied automaker.

“We set out to create a bike that isn’t just great to ride, but also represents a piece of art in motion. Over the years, I have seen my fair share of style over substance. What this bike brings to the market is a unique combination of both: state-of-the-art technology with a truly jaw-dropping aesthetic,” stated Dr. Collin Koles, the mastermind behind this lightning-quick motorbike.

Pricing has yet to be announced, but with a production run of only 100 bikes, expect this insta-collectible to be extremely difficult to come across. The C-01 is certainly a masterful design, with performance reached by only a select few productions motorcycles, yet it still displays a pedigree far deeper than that of simply a name but rather that of one capable of blazing a new path for not only Lotus, but Kodewa as well.