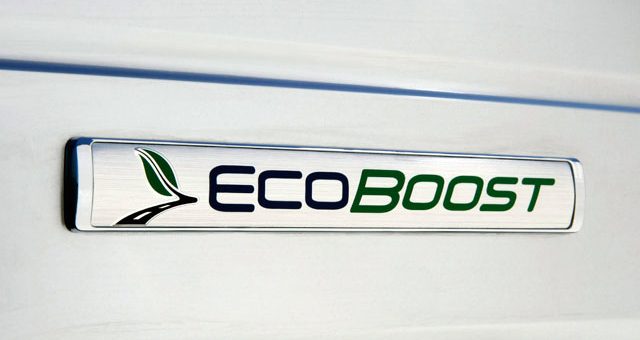 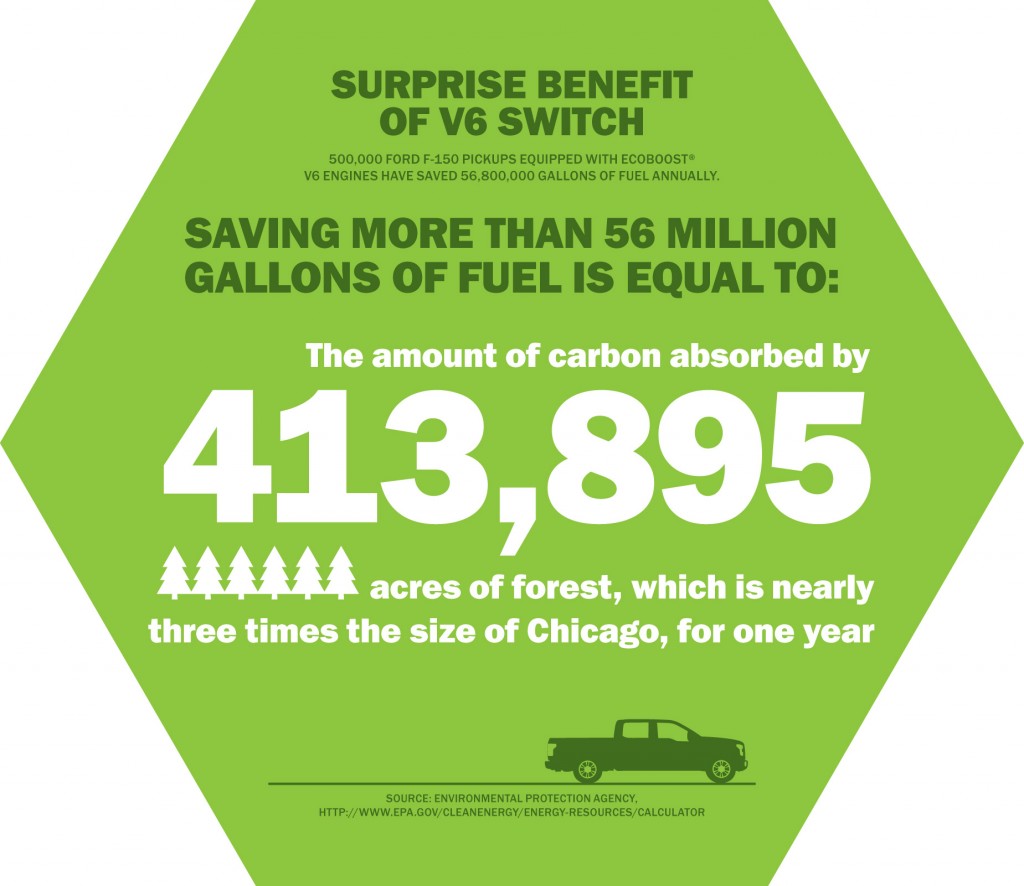 Just this past week, Ford celebrated selling the 500,000th F-150 pickup truck with its flagship 3.5-liter EcoBoost V6 engine. The impressive sales milestone isn’t just a number, as it carries with it some serious cumulative fuel savings. Specifically, in the past 38 months, F-150 EcoBoost owners have collectively saved an estimated 56.8 million gallons of gas on an annual basis “by moving half a million F-150 customers out of V8s and into V6 engines”, according to Ford.

Although that sounds mighty impressive, the following comparisons should put it in perspective. According to the U.S. Environmental Protection Agency, the gas savings are equivalent to:

And here’s another eye-opening stat: that 56.8 million gallons of gas is more than all of the fuel saved from every electric and plug-in electric car ever sold — a circumstance that’s directly linked to the popularity of the EcoBoost engine within the F-150 line, and the comparably minuscule popularity of electric vehicles. Ford states that its assessment “assumes people move out of a conventional, midsized hybrid into a more efficient vehicle that never or rarely runs on gas for 15,000 miles a year.”

That gap will only wide with time, according to Ford Ford truck group marketing manager Doug Scott.

We’ll venture to say that Mr. Scott’s prognosis will have much to do with the upcoming introduction of the lighter (thanks to an aluminum body) 2015 F-150 as well as Ford’s all-new 2.7-liter EcoBoost V6 that will join the existing 3.5-liter EcoBoost V6 flagship motor.

That said, we wonder which V8 engines Ford has in mind when it compares the fuel efficiency of the 3.5L EcoBoost to eight-bangers. Something tells us that The Blue Oval isn’t looking at GM’s lineup of all-new, tech-laden, and fuel-efficient EcoTec3 V8s.