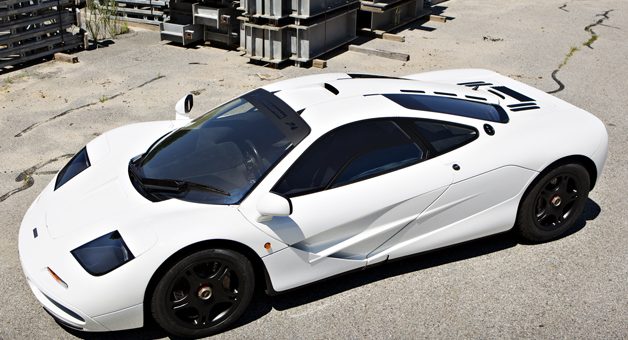 The entire run of McLaren F1’s, including all the non-road-going racing variants, consisted of only 106 vehicles. This makes the legendary supercar extremely rare and thus, highly sought after. That’s just one of the reasons why this example being put up for sale by Gooding & Company at its upcoming Pebble Beach auction is expected to fetch an incredible $12-$14 million.

The other reason for this car’s extreme appreciation is it is the only example painted in this particular shade of Marlboro White. It’s also had three separate owners who collectively, have put only 1,600 kilometres on it. It’s life started in Japan in 1995, under the ownership of collector Shin Okamoto, who kept it for 15 years. Okamoto then sold it to a private collector in the Midwestern United States, who sold it to the current owner.

The car, which is F1 chassis No. 031, is one of the finest McLaren F1 examples. It is not known to have ever been damaged or repainted since being built and was never fitted with the optional high-downforce kit from McLaren. It’s also been owned solely by collectors and the 1,600 number on the odometer represents one of the lowest mileages of any F1.

Check out the listing here for additional photos and information.