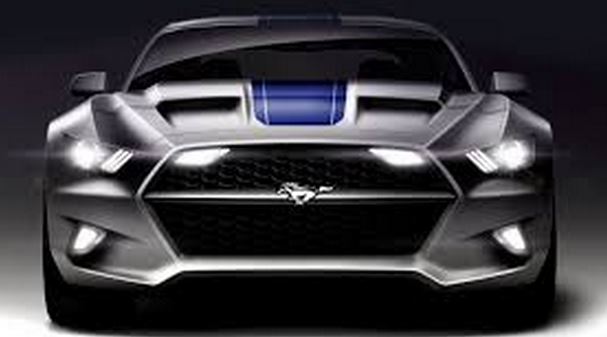 A few times before the dawn of the 2014 Los Angeles Auto Show, Galpin, along with Henrik Fisker teased their representation of “the ultimate muscle car.” We weren’t exactly sure what this was actually going to be, and some were under the impression that it was going to be a brand new build from the ground up. Today, Fisker along with Galpin revealed their creation based on the 2015 Ford Mustang.

Henrik Fisker may have been best known for his attempt at starting an automaker, but it looks as if his days in the automotive field aren’t up just yet with this carbon fiber-bodied Mustang on steroids. The Fisker-Galpin Rocket will eventually be available for purchase from select dealers globally early next year. And while you sign your name on the waiting list, let us tell you a bit about the inspiration for the roided-out pony.

Influences from the 1968 Ford Mustang Shelby GT500 are certainly visible, which is no surprise since that particular iteration was one of Fisker’s favorites. The front end features a massive hexagonal grille crafted from carbon fiber with a split polished aluminum bar. The beefed up lines look good on the softer Mustang exterior, and are certainly more imposing.

The spoiler, as well as every other aero bit aren’t just for show here: every single piece is completely functional and only helps the 750-horsepower Galpin Rocket. Specifically, the large scoops on the hood are designed specifically to force air into the engine bay and cool the supercharged 5.0-liter V8.

The exterior color is known as Éminence Grise and other features include an independent, fully-adjustable suspension, 21-inch wheels wrapped in Pirelli P-Zero rubber, and powerful Brembo brakes with 15-inch discs up the front.

The world isn’t short of speciality Ford Mustangs, but Galpin hopes that the Rocket will stand apart from the traditional pony with menacing looks and a powertrain to match the vehicle’s presence.