During a recent auction, a 1955 Volkswagen Microbus sold for $235,000, making it the most expensive model to be sold in modern times. By comparison, another model was snapped up for its $218,000 ceiling price at the 2011 Barrett Jackson California auction.

In its heyday, the VW Microbus, also called the Minibus, was known for being a cheap and somewhat reliable vehicle when it made its initial debut in 1950. But it would be another decade before it, along with its Beetle brand mate, would be embraced by the 1960s counterculture movement, and be transformed into iconic symbols of late 60s history. The MicroBus, in particular, with its spartan amenities, bench seating, and generous cargo capacity proved to be popular with groups of Hippies as well as artists who turned some examples into rolling canvases of free expression. Performance, however was average at best, with a loud and crude rear-mounted and air-cooled engine providing a modest 30 horsepower to the rear wheels.

The example featured here is a 1955 23-window Microbus in the Barndoor Samba trim level, which was considered the most luxurious trim level that boasted several unique features to help it stand out from its more minimally-trimmed siblings. A key Samba identification cue is the number of windows that it had over other models. At the time, Volkswagen vans fit into the hierarchy by the number of windows that they had versus formal trim levels, and the Samba featured 23 windows, including the eight panoramic style units in the roof. This also plays into the overall value of a Microbus, since those with more windows are more valuable than those with less. Samba-trim models also featured a two tone paint scheme, with the upper half typically being finished in white, as well as pivot-style side doors. The auction house Auctionata also revealed that this is one of only 11 Samba spec models built for 1955 a factor that obviously helped its higher-than-usual hammer price.

Unlike many other Microbuses in the Samba trim level, which usually led hard lives and were often abused by their owners, this one has had a relatively pampered existence and is in excellent condition, with its “sealing wax” red and brown paintjob still looking as sharp as it did when it left the factory. As a neat bonus, it also boasts a low 6,400 miles on the odometer.

Despite these unique and impressive attributes, the sale nearly didn’t take place thanks to a difference in price. When the mainly-online sale originally concluded back in November, the van sold for $150,000 (€120,000 ), but the owner did not want to part with it at that price. After a few days of negotiations, however, the seller and the buyer agreed to a slightly higher €190,000 ($235,000). The new figure includes the 10 percent buyers premium charged by the auction house. 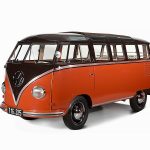 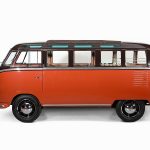 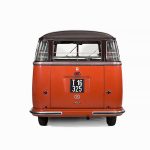 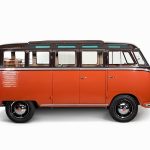 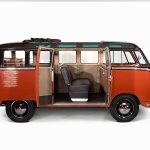 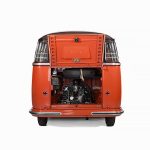 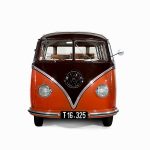 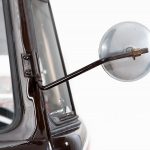 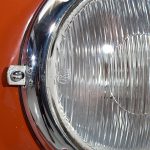 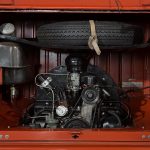 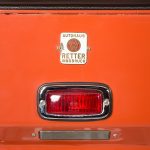 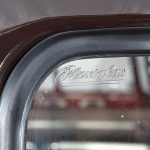 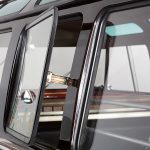 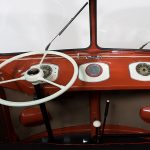 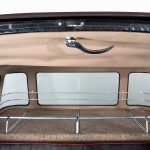 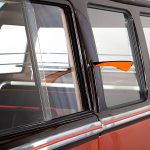