The 2016 MKX that was set to be unveiled at the 2015 North American International Auto Show in Detroit on Tuesday, January 13th. But in a turn of events that would make even Matthew McConaughey jealous, Lincoln Canada accidentally released pictures of and information on the new midsize crossover today. So instead of waiting two more days, you can now see the new midsize crossover in all its glory.

The 2016 Lincoln MKX is said to be “Inspired by airplane design,” but we like to think of it as the MKC‘s bigger brother (or the Lincoln-ized 2015 Ford Edge) replete with the latest HID/LED lighting technology, a “Panoramic Vista Roof,” a hands-free power liftgate, a 360-degree camera up front and, of course, AWD.

We believe that the MKX will be powered by the twin-turbo 2.7L EcoBoost V6 making over 300 horsepower, although some think that a new 2.9L EcoBoost V6 will be the powerplant of choice for Linc’s new midsize luxury crossover. Shifting chores could be left to the same six-speed automatic found on the 2015 Ford Edge, though a nine-speed could be a possibility as well. And in order to provide the optimal driving experience and take “Lincoln luxury driving to another level”, Lincoln Drive Control with adaptive steering will feature three continuously-controlled damping modes (Normal, Sport, and – of course – comfort) that use sensors to monitor and adjust the suspension every millisecond.

Inside, occupants will be treated to some fine detailing that Lincoln has been introducing to the cabins of its newest vehicles. Scottish Bridge of Weir leather seats have heating and cooling functionality (with the appropriate options package). Once situated in the 22-way driver’s seat, the driver will glance up and notice a plethora of walnut swirl or olive ash wood trim. As reported last month, buyers will be able to choose the new Revel audio system with 13 or, for those willing to spend more cash, 19 speakers. When coupled with the active noise control, the MKX could just make a commute as serene as a Zen garden. Unfortunately, the recently-announced Sync 3 is not expected to make it into the MKX in time for the vehicle’s market launch, but that’s not confirmed, and we’ll need to wait until Tuesday to find out for sure. 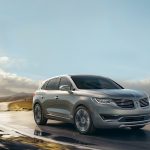 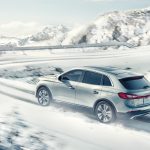 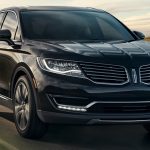 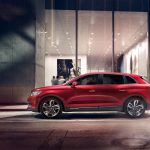 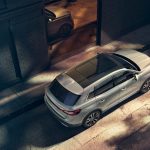 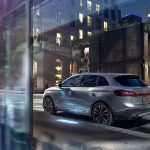 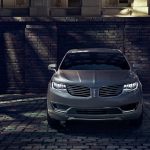 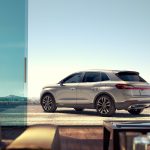 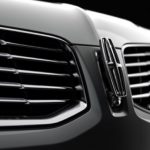 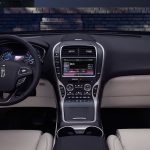 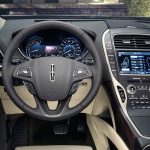 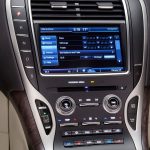 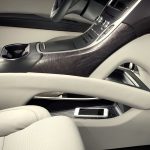 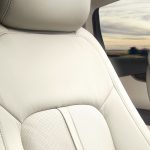