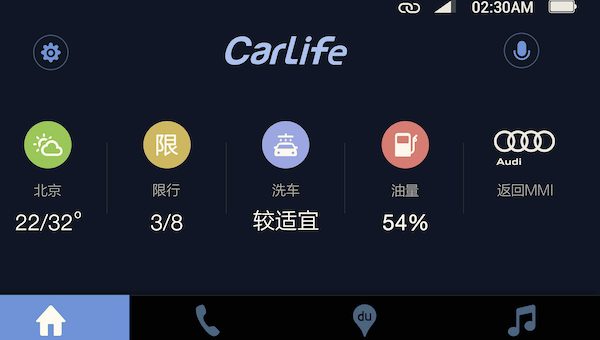 Audi is looking to expand the in-car connectivity of its Chinese customers by partnering up with web services company Baidu. The company’s CarLife system uses a China-specific LTE module and integrates users’ smartphones into the cars infotainment system, displaying Baidu apps and other functions on the center video display.

The Audi and Baidu partnership was formed at the end of January and will see the automaker and web company work together on future mapping, positioning algorithms and points-of-interest functions for in-car navigation systems. The two companies also worked together on the Audi tablet currently being shown off at CES Asian, which includes an integrated Baidu web browser and Baidu app store and will send share the information with the car’s in-car infotainment system.

In addition to the projects it is working on with Baidu, Audi has also signed an agreement with network provider Huawei to further the development of an Asia-specific LTE module for in-car internet access. The module will support the TDD-LTE (Time Division Duplexing) wireless standard in China, Japan and Korea and will make Audi the first automaker with a fully integrated LTE system in China.