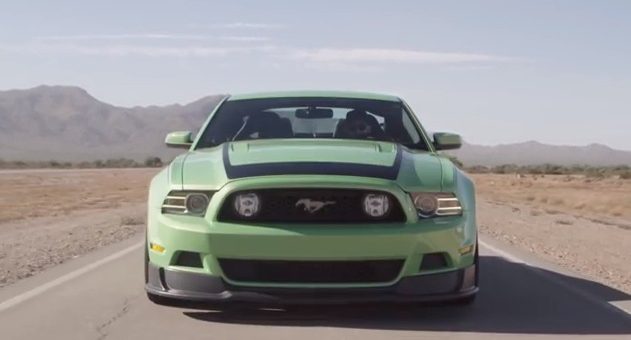 Ford Motor Company is recalling certain units of the fifth-generation Mustang and first-generation Ford GT supercar over faulty airbags. The recall is part of the now-infamous Takata airbag fiasco that is affecting a significant amount of automakers in the industry.

The defect: affected vehicles are equipped with a dual-stage driver frontal airbag that may be susceptible to moisture intrusion which, over time, could cause the inflator to rupture.

The hazards: in the event of a crash necessitating deployment of the driver’s frontal airbag, the inflator could rupture with metal fragments striking the driver or other occupants, resulting in serious injury or death.

As it disclosed in November 2014, Ford is aware of one airbag deployment that might be related to the issue, in which a driver’s leg was injured by a metal fragment when the airbag deployed after a crash. Ford has not seen any other inflator ruptures on Ford vehicles in the field or in testing to date.

Number of vehicles affected: 1,490,764 total vehicles in North America are now affected by this expanded recall, including:

The fix: Ford will notify owners, and dealers will replace the front driver side airbag inflator, free of charge.

Owners should: customers who want to know if their vehicle is included in these recalls can visit www.ford.com and click on safety recalls at the bottom of the page. Customers can then enter their Vehicle Identification Number (VIN) to see any open safety, compliance or emissions recalls, as well as customer satisfaction programs.

In addition, customers should note that this recall supersedes recall 14V802 in its entirety. Additionally, vehicles that have had their driver side frontal airbag replaced previously as part of a recall remedy need to have their airbag replaced under this recall as well.

The recall is expected to begin July 13th, 2015. Owners may contact Ford customer service with questions by using the following information.

Notes this recall is an expansion of Ford’s safety recalls on vehicles equipped with certain airbag inflators from automotive supplier Takata. The expansion of the recall is taking place after Takata notified the U.S. NHTSA last week that some of its airbag inflators are defective, affecting several automakers across the industry.