We would wager that there isn’t a gearhead alive today who didn’t have a decent collection of Hot Wheels and/or Matchbox cars lying around during their youth. Perhaps you have some of your old collection still. Back when yours truly held an office at Car and Driver, I had approximately 40 of the toy cars painstakingly arranged into neat little rows on my desk, sorted first by country of origin, and then by manufacturer.

But I digress. We mention the 1:64 scale toy cars because fans of the models will likely be delighted to know that at long last, the Tesla Model S sedan has been immortalized in the form of two scale models: one from Matchbox, and one from Hot Wheels.

Autoblog reports that as we might have guessed, the Matchbox take on the Tesla Model S (pictured above) looks rather more like its full-size production counterpart. From the wheels, to the paint, to the proportions, Matchbox has created a relatively faithful scale model of the real deal. 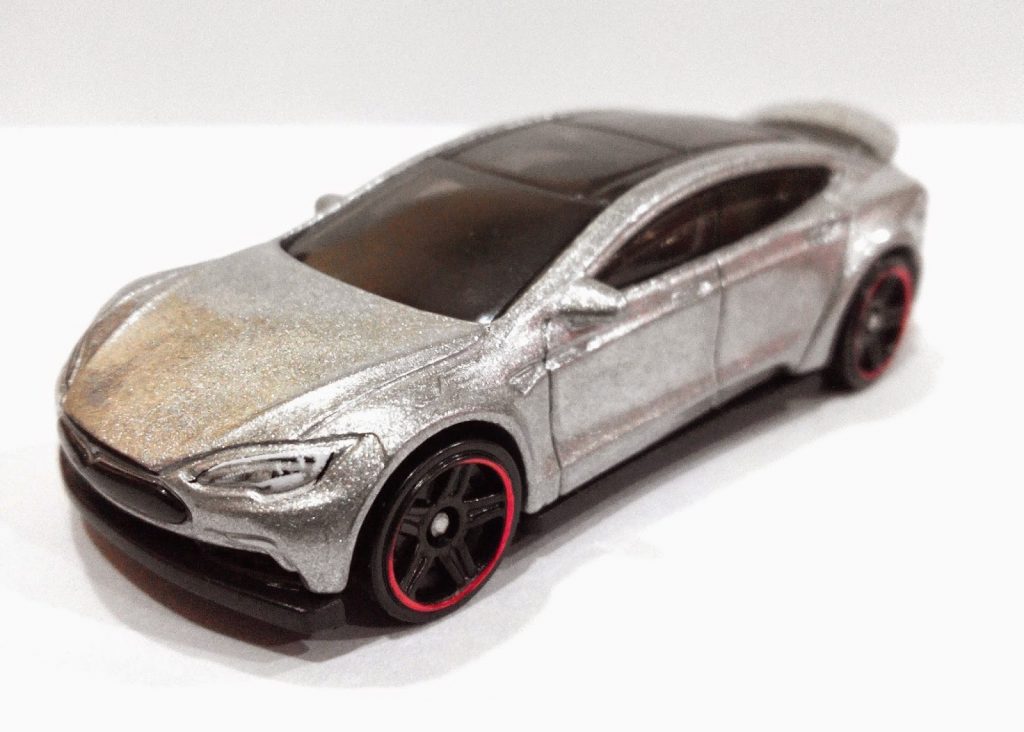 Meanwhile, the gents at Hot Wheels seem to have taken a few, erm, “artistic liberties.” It wears a glitzy metallic silver color, with exaggerated fender flares, red-lipped wheels, and a huge rear spoiler – relative to the toy’s scale, of course.

So which is better: the true-to-life Matchbox Tesla Model S, or the garishly outfitted toy from Hot Wheels? Trick question: who cares! They’re cheap enough that you can buy as many examples as you want.