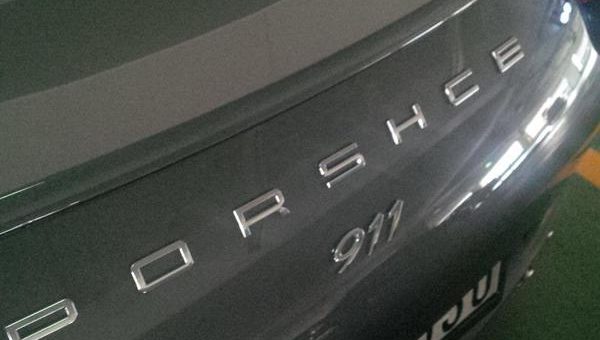 Recently, a man from Dubai was in for a bit of a shock as he collected his prized Porsche 911 from the shop, only to find that it wore a humiliating blunder.

See, the Porsche 911 in-question had been dented, so the owner took it to the dealership for repair. The car came out looking good as new, except in the process of removing and then reapplying the badges, the body shop workers misspelled the “Porsche” name.

When the owner retrieved his Porsche 911 from the dealer, he found it had become a “Porshce.” 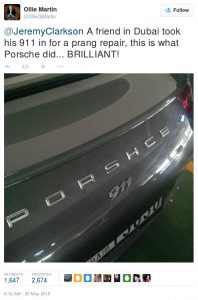 The UK’s Mirror shared the news, originally broken by a Tweet from Ollie Martin. The Mirror reports that a Porsche spokesperson responded to the gaffe, saying that “the bodyshop has been in contact with the customer and the logo has been corrected.” Of course, as self-proclaimed motoring enthusiasts, we hardly feel that the issue is resolved. Misspelling the Porsche name is bad enough, but for the workers of a Porsche dealership to do it is a whole lot worse.

The only suitable penalty would be a mandate that the dealer repair shop change its name to “Dyslexic Porshce Reipar.”