The Goodwood Festival of Speed, coming up this June from the 25th through the 28th, will present one very lucky, very moneyed individual with the chance to walk away with a super-rare classic currently owned by the luminary Sir Stirling Moss.

The Bonhams Motor Car Department has been commissioned to auction off the Porsche 718 on Sir Moss’ behalf at Goodwood this year. This RS-61 variant is essentially identical to the earlier RS-60 driven by Stirling Moss and Graham Hill at the 1961 Targa Florio race, although that car had been fitted with a larger-displacement 2.0-liter engine in-place of the standard 1.6-liter mill. The car led the pack right up until a few miles from the finish, when the gearbox failed. Moss recounts: “We have since been described as moral winners of that race, which is unfortunate, because moral first places don’t pay first-place prize money.”

Despite that his Porsche 718 dropped the ball at the mythic Targa Florio race – and led to a similar let-down later at the Nürburgring 1,000 kilometers – Sir Stirling Moss adored the car, hence this RS-61 example that he acquired several years ago. It was restored for American vintage racing in 1969, before being completely restored by historic Porsche specialist Andy Prill and purchased by the 85 year-old racing driver.

This Porsche 718 RS-61 is expected to bring in as much as $3 million US at auction, although given the car’s current owner, that estimate sounds a tad conservative. 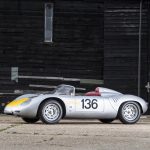 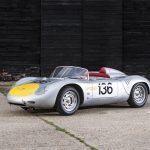 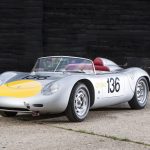 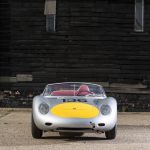 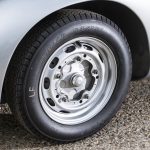 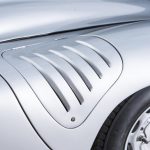 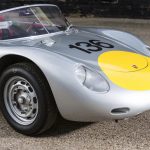 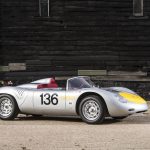 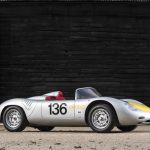 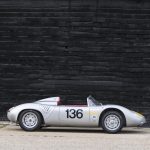 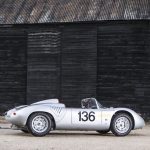 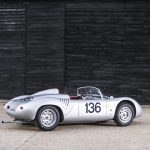 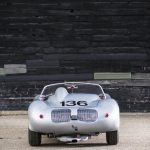 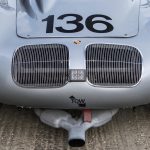 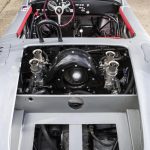 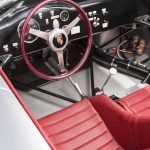 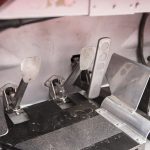 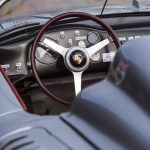 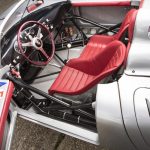