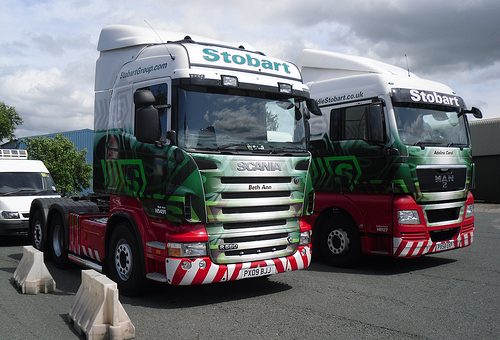 Just as the rumors stated, Volkswagen AG has announced that its Supervisory Board has created a new integrated commercial vehicles group.

Adequately named Truck & Bus GmbH, the new group becomes a new holding company within the Volkswagen Group for the MAN and Scania commercial vehicle brands while putting in place a “structured framework for business with the mid-sized and heavy trucks and buses”.

With the creation of the wholly-owned Truck & Bus GmbH, the shares of Scania AB held by Volkswagen AG will be transferred to the commercial vehicle group, which holds 75.28 percent of the voting rights in MAN SE. Meanwhile, Volkswagen AG completed the full acquisition of Scania in 2014.

From an operational standpoint, Truck & Bus GmbH “will establish processes specific to the commercial vehicles business, thus leveraging the full synergy potential between the brands.” On a more pragmatic level, it will steer and coordinate cooperation among the three commercial vehicle companies MAN Truck & Bus AG, MAN Latin America and Scania AB.

Andreas Renschler, member of the Board of Management of Volkswagen Aktiengesellschaft (AG) will lead the new organization.

Prof. Dr. Martin Winterkorn, CEO of Volkswagen Aktiengesellschaft, will chair the Supervisory Board.

“MAN and Scania are strong, successful brands with a global reputation”, says Winterkorn. “Our clear objective is to become a global champion in trucks and buses, too, and together with the workforce to take this business to the top of the industry.”

Volkswagen AG considers the creation of Truck & Bus GmbH to be vital to it becoming a leader in the commercial vehicles category.

“Our goal is to take the commercial vehicles holding to the top of our industry in terms of profitability, technologies and, above all, customer satisfaction”, said Andreas Renschler. “Bringing together our commercial vehicle brands under one roof means we can focus more strongly on the needs of the truck and bus business and can therefore accelerate the decision-making process. In so doing, the MAN and Scania brands retain their independence, in line with Volkswagen’s basic principle.”

Furthermore, the CEOs of MAN Truck & Bus AG, MAN Latin America Ltda. and Scania AB will be represented in the management of Truck & Bus GmbH. The goal is “to coordinate strategy, development, human resources, purchasing and other issues across the brands, which will lead to closer networking among the brands, shorter decision-making paths and swifter implementation.”

“Together with our colleagues from MAN and Scania we supported the creation of such a holding”, underscored Chairman of the Group Works Council at Volkswagen, Bernd Osterloh. “We need clear structures in the Group in order to act swiftly and flexibly in the various business areas. At the same time, the holding strengthens employees’ participation rights. For the first time in a supervisory board, employee representatives from MAN, Scania and Volkswagen will discuss the right strategies for our integrated commercial vehicles group together with the shareholders. We support the goal of taking our place among the world’s leading players. In so doing we will, as always, make sure there is a balance between economic efficiency and secure jobs.”