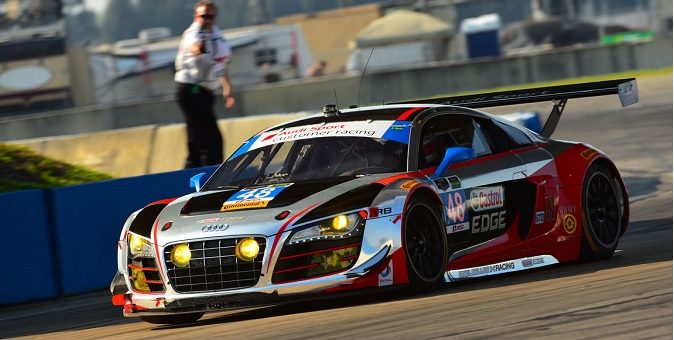 Audi’s weekend motorsports recap had a positive tone to it this week after the automaker’s different customer teams scored them two podiums in two separate professional race series. In addition to those victories, the brand’s factory DTM teams swept the podium at the Lausitzring two races in a row on Saturday and Sunday, with Jamie Green taking wins in both rounds.

Paul Miller Racing drove to a third place finish at the Chevrolet Sportscar Classic on Belle Isle Saturday after starting on pole, helping them defend their points lead in the TUDOR United SportsCar Championship. The team’s result was especially notable as they had crashed their car earlier that day and worked for 2.5 hours straight to get it repaired in time for qualifying.

In other Audi motorsports news, the registration for the 2016 Audi TT Sport Cup, currently in its first-ever season, has officially opened. The automaker says 165 candidates from 30 countries applied to participate in the first season, but only 18 were chosen. If you’re interested in getting on the docket for 2016, follow this link. Additionally, Italian Journalists were also introduced to the Audi TT Cup car this past weekend, with Audi factory driver Marco Bonanomi giving them instruction in the new racer at Franciacorta.