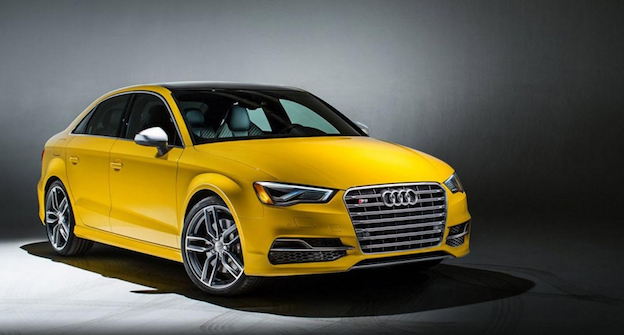 Audi is sometimes criticized for offering its cars in a dull color range. Pull up the palette of available colors for the 2015 A6 on your computer and you’ll be greeted with three different shades of grey, two different shades of black and white, with dark blue and red mixed in there somewhere. But with its cheaper models, Audi knows it needs to appeal to a younger audience, which brings us to the bright 2016 S3 Exclusive Edition.

The Audi S3 Exclusive Edition is available in a choice of five very bright colors: Vegas Yellow, Viper Green, Glut Orange, Sepang Blue and Misano Red. Just five examples will be built in each color, making for a complete model run of 25 cars.

The powertrain is the same as before, with a 292 horsepower 2.0-liter turbocharged four-cylinder with 280 lb-ft serving as the only engine option. Channeling power to the standard Quattro all-wheel drive system will be Audi’s S-Tronic six-speed automatic transmission, helping the S3 sprint from 0-60 mph in 4.7 seconds before hitting an electronically limited top speed of 155 mph.

Misano Red and Sepang Blue S3 Exclusive Editions will command a $57,250 asking price, while the Viper Green, Glut Orange and Vegas Yellow models will cost $59,900. This is likely due to the fact that red and blue are offered on the S3 all the time, whereas yellow, green and orange are not.