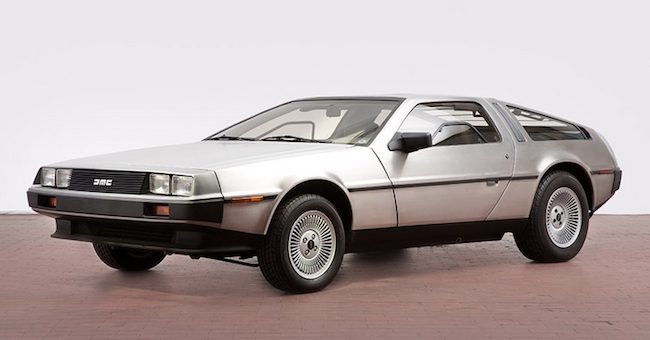 John DeLorean had some marriage troubles in his life, no doubt. The former General Motors engineer was married four times, all of them except for the last ending in divorce. One of those wives was model Cristina Ferrare, who received one of DeLorean’s famous DMC12 cars as a gift one year and sold it away following their divorce in 1985.

Somehow, that same DeLorean DMC12 found its way to Germany, and it’s now for sale by German auction house Auctionata. Autoblog turned us onto this find, which is not only a significant example of the DMC12 for its ties to the DeLorean family, but for being impeccably maintained and well kept since the day it left the factory 33 years ago.

The odometer reads just 13,540 miles, and the car also comes with the original purchase contract and maintenance documents. If you’re interested in acquiring Mrs. DeLorean’s own DMC12, more photos can be seen over on Auctionata’s site. The car will be auctioned off on June 26 in an online streaming sale from Auctionata’s HQ in Berlin.