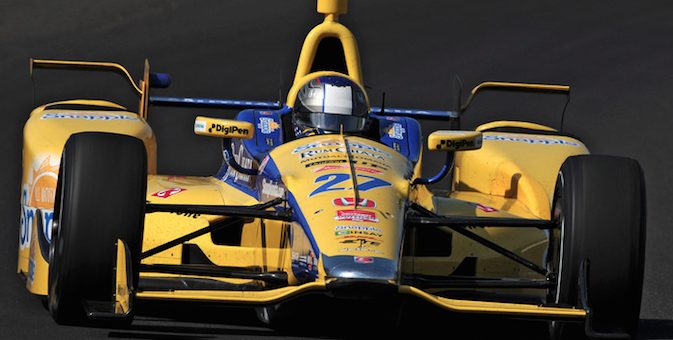 When Formula 1 driver Nico Hulkenberg won this year’s 24 Hours of Le Mans with Porsche, Ferrari’s Sebastian Vettel admitted he and the rest of the F1 field were “a little jealous,” of him. F1 drivers may race in the highest tier of motorsport, but they always have their eyes on winning other major races, such as Le Mans or the Indianapolis 500.

During a recent Q&A session with his fans on Twitter, current McLaren F1 driver Fernando Alonso expressed his interest in racing one of motorsports’ other headline events, saying the Indy 500 is “one of the greatest races in motorsport.”

“There are three races in the world are very attractive: Indy 500, 24 Hours of Le Mans, and the Monte Carlo Grand Prix in Monaco,” Alonso said.

The Spaniard isn’t the only F1 driver whose hip to the idea of racing at the Indy 500 or elsewhere. Vettel said he likes the idea of oval racing and didn’t rule out the possibility of competing in the ‘Greatest Spectacle in Racing’.

“Just jumping in and doing a good job, oval racing is very different to racing in Formula One,” the German said.

It’s ultimately up to the driver’s teams where they race in their free time, as some teams don’t want their rather expensive athletes risking life and limb when it’s not related to F1. That said, we’d love to see Alonso, Vettel or any of F1’s other talents behind the wheel of a Dallara-Chevy or Dallara-Honda at the ‘500 one day.