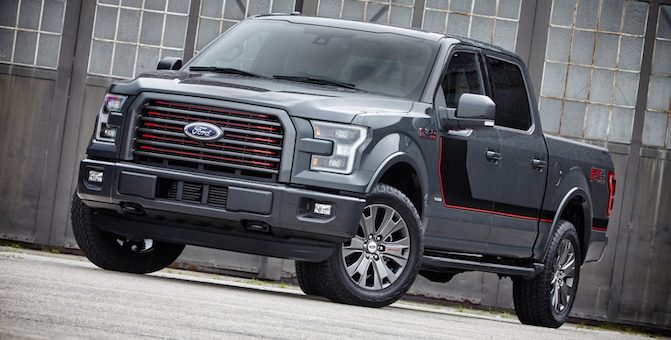 The 2016 Ford F-150 has been unveiled, bringing with it a bevy of updates including a trailer backup assist system, an updated infotainment system and a new appearance package.

On top of the addition of a CNG model to the lineup, the 2016 F-150 has received Ford’s all-new Pro Trailer Backup Assist system, which the automaker says makes it easier for drivers of all skill levels to back up a trailer. The system allows the driver to control the trailer with a knob they turn left or right, while the truck itself adjusts steering limits and vehicle speed.