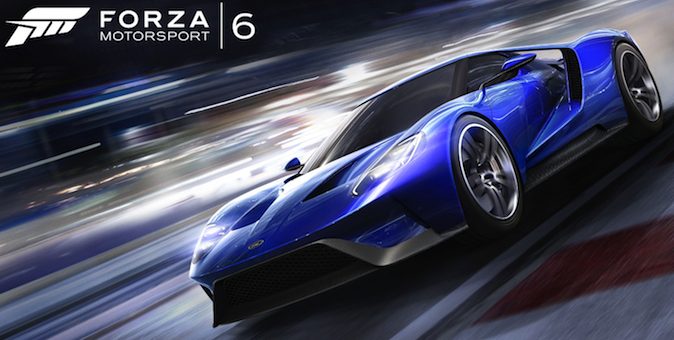 Ford wowed the crowds at E3 in Los Angeles today, slowing lowering a Ford GT from the rafters of the Galen Center as they announced the car is to appear on the cover of the next-generation Forza Motorsport 6 game for Xbox One.

The announcement of the Ford GT on the cover of the next-gen race simulator from Microsoft comes shortly after the automaker announced it would return to Le Mans next year with a GTE racing version of the new GT. While only a select few drivers will get the opportunity to pilot that model around the world’s best racetracks, Xbox One owners will be able to drive the car in similar settings when Forza 6 is released on September 15.

Some other Ford models to be featured in Forza 6 include the 2015 Mustang Shelby GT350 (we’re betting the GT350R will be present, too) and the 2016 F-150 Raptor. More information os posted at Forzamotorsport.net and additional details should become available as the game’s release date nears.