America’s younger generations have a strange set of priorities.

Earlier in the week, Ford Motor Company announced that it would migrate its suite of driver assist technologies across its product line-up over the next five years, and younger buyers tend to embrace tech-savvy features like these much more than previous generations. Says Penn Schoen Berland Vice President Kevin Shkolnik: “Younger drivers are worried about distracted drivers, but they think technology isn’t just the problem, it’s also the solution, as we are seeing growing demand for driver-assistance technologies.”

In other words, the survey’s findings are very validating for Ford Motor Company’s tech-loaded, semi-autonomous strategy.

So what are some of the most anxiety-inducing situations encountered on the road, according to our two youngest generations of drivers? 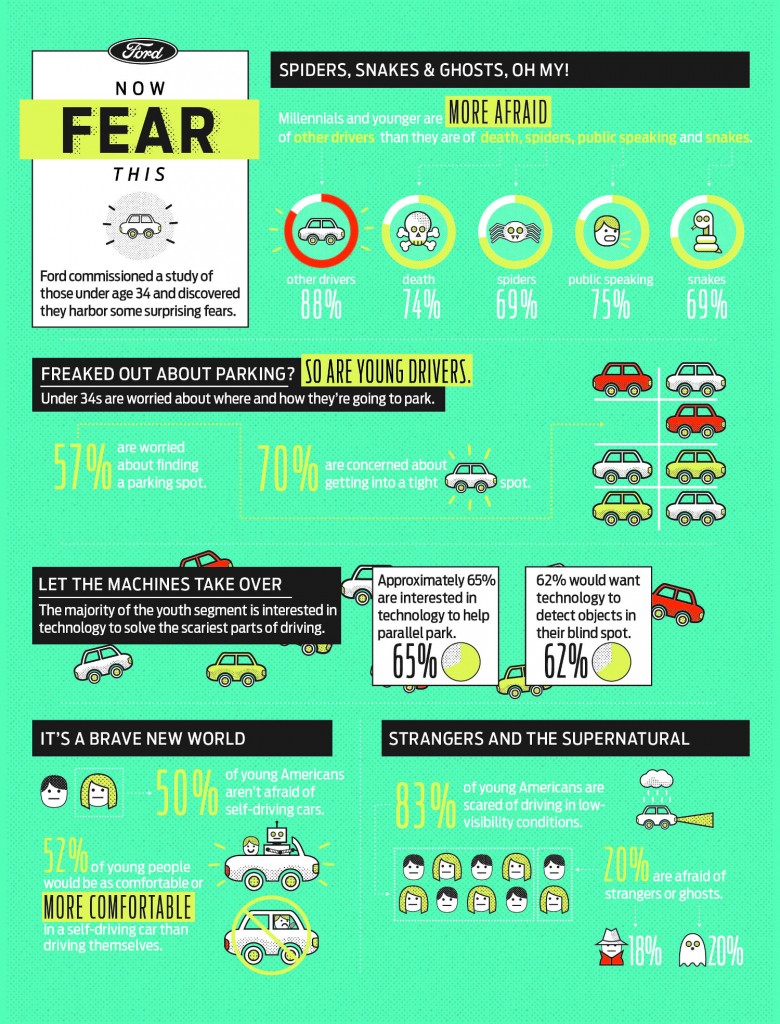