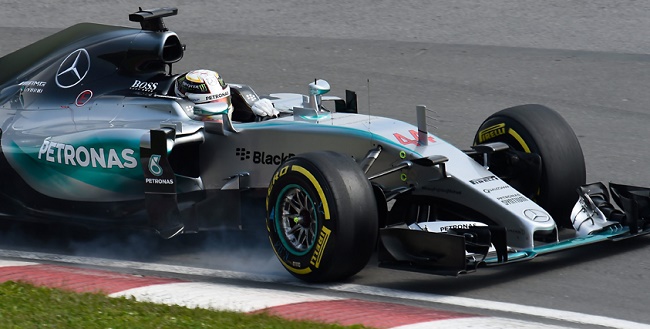 Michelin has submitted its bid to the FIA and Formula 1 to become the official tire supplier of the race series from 2017, according to Autosport. The move comes even after F1 boss Bernie Ecclestone made negative comments about the French manufacturer, saying they would only “make a rock-hard tyre you could put on in January and take off in December because they don’t want to be in a position where they can be criticised”.

The current Pirelli tires used in F1 are designed on purpose to degrade at a fast rate, a concept Michelin Motorsport director Pascal Couasnon told Autosport they aren’t big on. Michelin says it is “disappointed,” in the current state of tires in F1 and hopes its bid can change some of the perceived issues.

“If we want to be credible and consistent then you cannot complain or comment if you don’t bring solutions,” Couasnon said. “So it has made sense for me to say if we have ideas, then let’s go and propose these ideas, and we’ll see if people are interested or not.”

Michelin used the recent 83rd running of the 24 Hours of Le Mans to prove the point that good racing can be executed on tires that last.

“The tyre used as an object you throw away after a few laps, or whatever, is not really something that is good for the tyre industry,” Couasnon explained. “We say there’s another way to ensure a good show, as we saw over the weekend (at Le Mans), with high-technology tyres lasting with good grip, and you can have a show.”

The FIA will stop taking tire proposals on July 17. It is understood that neither Bridgestone nor Goodyear, the most successful tire manufacturer in F1 history, will be submitting bids.