This year’s Goodwood Festival of Speed will be graced by an obscure presence: a three-wheeled electric car from a British marque notable for its extensive use of both wood, and by-hand craftsmanship. One might even assert that this British carmaker is fearful of change.

But then, here we are, days away from the 2015 Goodwood Festival, which will bear witness to the first public appearance of the Morgan EV3 electric 3 Wheeler. The prototype was just announced last week, raising more questions than answers with its 45 kW (61 HP) electric motor, infinitesimal 450 kg curb weight, and, you know, its below-average number of wheels.

Interestingly, though, the Morgan EV3 isn’t even the marque’s first foray into electric vehicles; the 2012 Geneva Motor Show witnessed the unveiling of a four-wheeled electric Morgan dubbed the “Plus E.” The “plus” is undoubtedly a reference to its extra fourth wheel.

But the Plus E never made the leap from concept to product; the Morgan EV3, conversely, is expected to start production by late 2016. Range is anticipated to be around 150 miles, and judging from the low, low weight of the EV3, it can’t possibly rely on all that much battery capacity to accomplish it. Chances are it’ll be a quick-charging little thing. 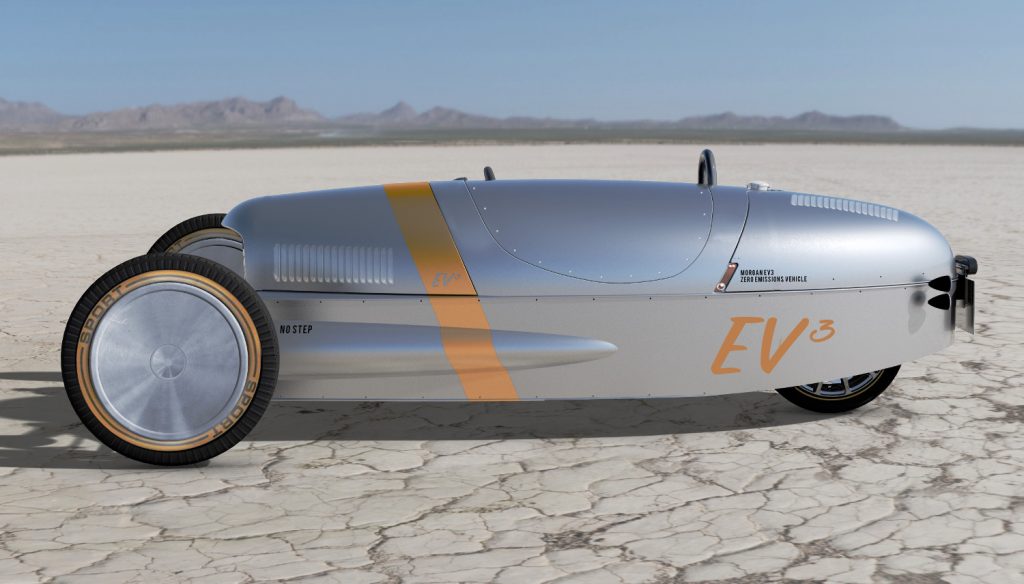