The Volkswagen Auto Group sedan of choice for the rich playboys of the world has gained a new, special option, in the form of the Bentley Flying Spur “Beluga Specification.”

We had hoped that the name implied the addition of a “whale tail.”

Pricing for the new Beluga Specification for the 2016 Bentley Flying Spur hasn’t yet been announced, but thanks to an official release from Bentley Motors, we do know that it’s already available to order, and will likely begin to ship this autumn.

The Beluga Specification is only available for Bentley Flying Spurs with the 4.0-liter twin turbo V8, but there is an optional “Mulliner Driving Specification” which can be ordered atop the Beluga Spec. That upgrades the wheels to 6-spoke, 21-inch “Extrovert” alloys, and incorporates more interior features like drilled alloy pedals, an indented hide headliner, a knurled gear lever, and diamond-quilted hides. 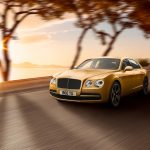 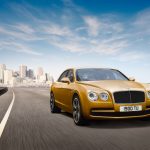 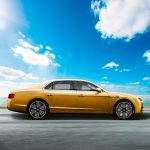 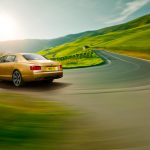