If you live in the US, you may not have much – if any – recollection of the Alpine subsidiary of French automaker Renault. Indeed, French cars haven’t had much relevance here in quite some time, what with their unavailability and all.

So, for you unacquainted readers, the SparkNotes version is this: Alpine was a brand made defunct in 1995, which had previously served as Renault’s sports and racing car subsidiary. Lately, Renault has been restlessly toying with the idea of reviving the Alpine marque, introducing new concepts like the A110-50, or the (virtual) Alpine Vision Gran Turismo concept.

And then, at this year’s 24 Hours of Le Mans, Renault showed this: the “Alpine Celebration” concept.

Autoblog reports that the Alpine Celebration is simply being billed as a “show car,” but we wouldn’t put a genuine revival of the brand too far into the future – and its first offering could look quite a bit like this. The concept looks rather like a mix of Porsche Cayman, and the classic Alpine A110; like the former, the engine sits somewhere toward the middle of the car.

But while Renault is happy to wax poetic in its own official press release about the history and heritage of the brand, mum is the word regarding the technical details of the Alpine Celebration concept. Suffice it to say that at the least, it’s much less radical – and more production-friendly in appearance – than the A110-50 concept shown several years ago. 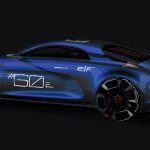 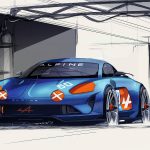 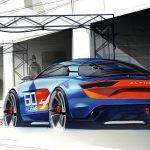 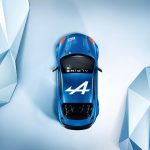 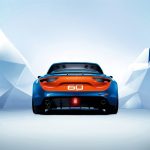 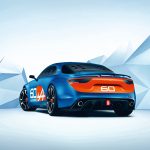 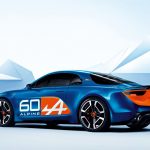 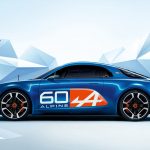 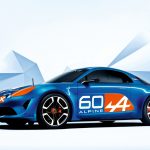 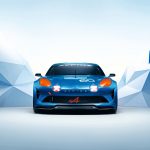 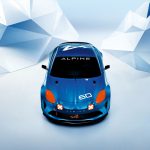 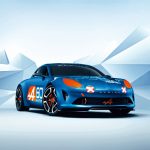