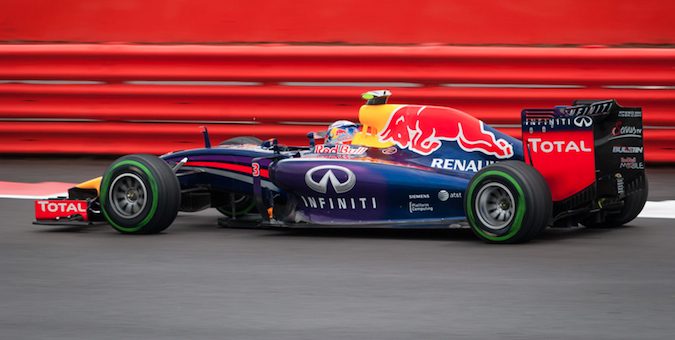 Renault’s contract to supply engines to Formula 1 teams Red Bull and Toro Rosso is expected to expire at the end of 2016. Red Bull is likely to demand an answer from Renault in regards to its future in the sport by the end of this year, leaving the French automaker with a tough decision to make in a short period of time.

As RACER reports, Renault will have to decide whether it wants to carry on as an engine supplier F1, start up its own works team, or withdraw from the sport altogether. Managing director for Renault Sport’s F1 ventures, Cyril Abitebou, expects Red Bull will approach the team for an answer sooner rather than later.

“Red Bull wants the confidence we have the capacity to catch up, and on our side we need the certainty we can catch up,” Abitebou said.. “We also need to have confidence in the value of the sport and in the value of this partnership. This is something that is built over time. There is no rush. But I would imagine they will want to know at some time what will be between the gearbox and fuel tank of its 2017 car.”

“I know (Red Bull) is the type of organization that starts drawing early. I would imagine at some point later in 2015 they will want to know what is going on in 2017.”

Abitebou added that the “best thing” they can do at the moment is assume they will continue on as an engine supplier in F1 and Red Bull will continue on as a Renault customer. It’s unclear if Red Bull will seek to extend the partnership, seeing as the team has not been happy with Renault’s power units, but the automaker says it’s determined to catch up with series leader Mercedes-Benz.

Renault didn’t dismiss the idea of starting its own team beyond 2017, with Abitebou saying engine development is the largest investment that needs to be made when financing a team.
“We’ve been a team in the past so we know very well what it costs, but also how you can structure it,” he said. “And if you look at Mercedes, they are spending far less on its team operation than engine operation, so we already have the biggest element Mercedes has.”