The Vision Gran Turismo project has seen the introduction of myriad futuristic sportscar concept from a handful of manufacturers, and the collection grows larger all the time.

The latest addition, which was just officially unveiled today, is this: the SRT Tomahawk from Fiat Chrysler Automobiles (FCA).

The SRT Tomahawk owes at least some of its inherent charisma and exciting design to the Dodge Viper SRT, and the rest to twenty years of future gestation and development. FCA set out to create a concept which anticipates what a hypercar might look like by roughly 2035 or so, with a mix of plausible advancements in existing technologies, and the addition of some tech which hasn’t yet been invented.

Central to the SRT Tomahawk concept – on paper – is a system of pressurized air bladders integrated within the vehicle’s structure. These bladders replenish while the brakes are in use, or the mid-mounted V10 engine isn’t at maximum output, so that the compressed air can be used to power all sorts of things on the car. That includes an independent pneumatic drive system for the front wheels, a complex system of pneumatically-actuated aerodynamic body panels, charging the car’s variable spring-rate suspension, and in the most extreme iteration of the SRT Tomahawk, pressurizing the driver’s G-suit to allow for higher G-force tolerance.

Yes, it’s quite an in-depth concept, which makes it tremendous fun to geek out over.

The aerodynamic panels dreamt-up for this Vision Gran Turismo concept are continuously adjusted pneumatically by a computer which senses upcoming road conditions via laser scan. They control everything from ride-height to pitch, to yaw, in order to keep the car (mostly) glued. Add to that a continuously-adjusting camber system which sets the car up to lean into turns, and by the end, you might just have enough traction to keep the SRT Tomahawk on the virtual track.

Honestly, we can’t think of a better way for manufacturers to spend their time than by developing all manner of unabashedly crazy theoretical concept cars for fans to wring out around the digital track. It permits them an excuse to take a break from profits, logistics, and even what’s practically possible, and instead concentrate for a while on passionate ingenuity. 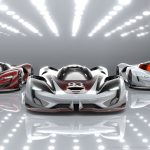 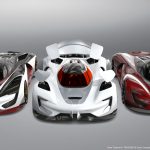 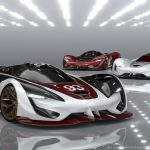 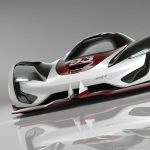 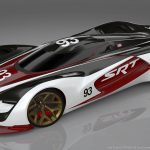 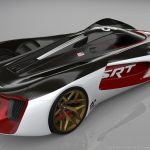 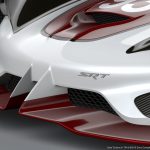 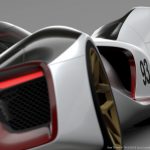 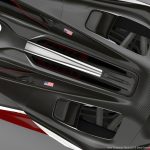 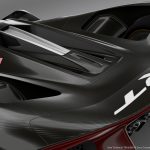 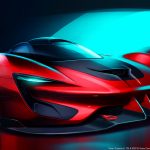 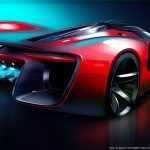 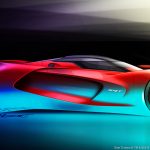 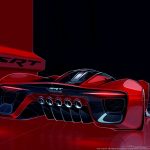 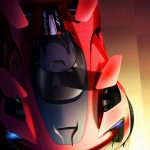 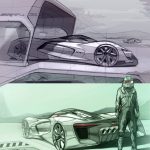 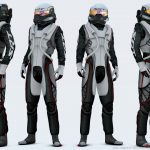 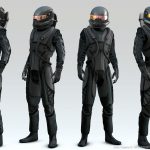 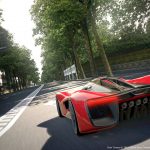 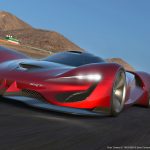 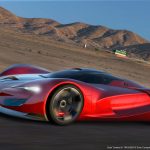 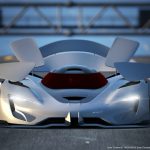 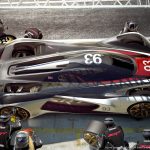 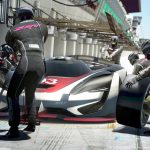 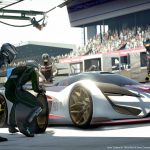 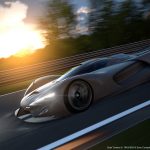