Like the 2-Eleven before it, the Lotus 3-Eleven is a two-seater, open-cockpit road rocket with no effort spared when it comes to saving on weight. The lithe little track day star weighs just 900 kg (dry weight) in its Race form; the Road version will likely weigh only marginally more. That’s just under 2,000 lbs, for those accustomed to Imperial units, and the Lotus 3-Eleven has all sorts of power at its disposal.

That comes courtesy of a mid-mounted, supercharged V6 displacing 3.5-liters – the very same engine which propels the Evora 400, although it’s been tuned for this application to spit out more thrust. It also means that the Lotus 3-Eleven has just 4.4 lbs per horsepower, compared to a ratio of 5.8-to-1 in the 2-Eleven. Coupling the blown V6 to the rear wheels is a 6-speed manual transmission in the Road version, or a 6-speed sequential gearbox with paddle shifters in the 3-Eleven’s Race form. Both versions come with a limited-slip differential.

Lotus is further boasting that the Lotus 3-Eleven uses a new, cutting-edge “resin infusion composite” material for the body panels. The firm’s bold claim for the material: 40 percent less weight per panel than an equivalent GRP (Glass-Reinforced Plastic, or “fiberglass”) piece. That ultra-lightweight body is kept afloat by double-wishbones front and rear, Eibach springs, and Öhlins adjustable dampers.

No doubt you’re beginning to understand that the label “Road version” is a bit of a misnomer; the street-legal form of the new Lotus 3-Eleven will still make a fool of nearly anything else at the track. It also possesses a higher top speed of 180 mph than the Race version, on account of slightly less aggressive aerodynamics; the Race version will produce 215 kg of downforce at 150 mph. Pricing stands at £82,000 including VAT for the Road version, and £115,200 with VAT for its racing cousin. Assuming those prices – and the car itself – translate across the pond, Americans are looking at just shy of $129,000 Road, or over $181,000 Race.

Granted, those prices are steep. But then, Lotus makes some of the most miraculously pure, distilled driver’s cars in the world, and the Lotus 3-Eleven represents the most holistic of the holistic. Surely the cost is worth the reward? 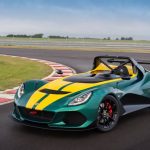 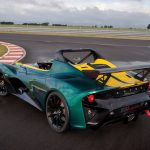 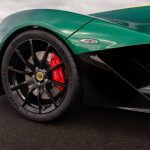 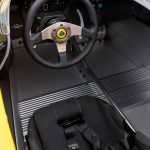 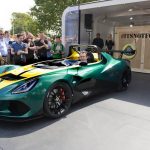