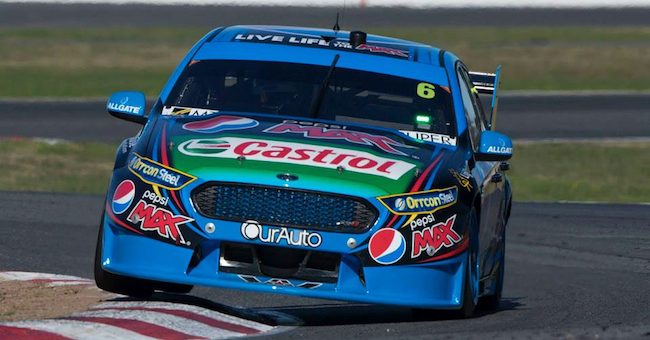 With the inevitable departure of the Ford Falcon looming in the near distance, the Blue Oval will need a new car to field in V8 Supercars racing, and a new report from Cars Guide suggests it could be the sixth-generation Ford Mustang.

According to V8 Supercars officials, at least one team has already inquired about running the Mustang in the race series. Ford has remained silent on the matter, but the series itself will welcome the American nameplate with open arms if Ford fulfills the request.

“We want iconic cars, halo cars, on the grid and we are hopeful the Mustang will be one of them,” a spokesperson for V8 Supercars told Cars Guide.

Series officials are expected to release a new rules document by August which will allow for two-door coupes to be entered, making the Mustang’s arrival possible by 2017. V8 Supercars has also been in talks with five other manufacturers who may be interested in participating in the sport for the 2017 season and says they “have to get commitments,” from the automakers this year.