At last weekend’s 24 Hours of Le Mans, Porsche further bolstered their grasp on the record for most overall wins, taking home their 17th victory in over 60 years from the notoriously trying, historic French endurance race.

Had Audi won yet again, that record would have been much more in danger of being stolen within the next few years.

But instead, the No. 19 Porsche 919 Hybrid took first at the 83rd running of the 24 Hours of Le Mans, delighting Porsche fans and family the world over, who have spent some 16 years yearning for the triumphant return of the Porsche marque to the world of endurance racing. It was a battle hard-fought, but now, it’s time to celebrate; Porsche chose to express its elation toward the victory with the video at the bottom of this article. 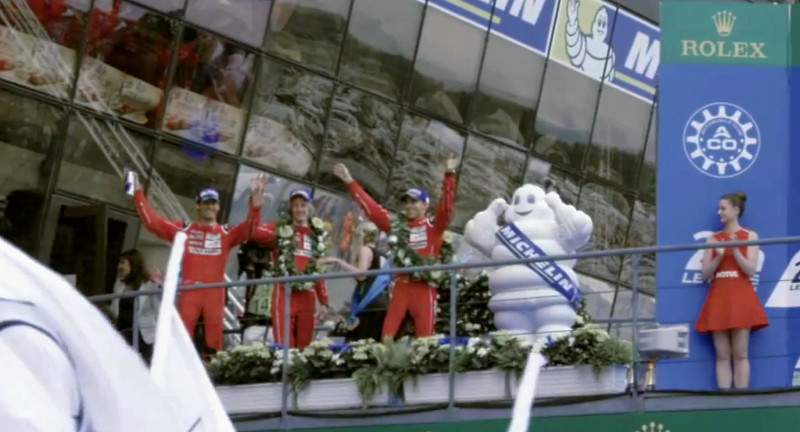 At about the 1:45 mark, this enduring image occurs.

Apart from being a stunning achievement on its own, we hope that this year’s 24 Hours of Le Mans sets a precedent for the rest of the FIA World Endurance Championship season, and leads the factory team to still more victories. It’s important to remember that the 2015 24 Hours of Le Mans race was only the team’s second victory since the Porsche 919 Hybrid program began – the first having taken place last season at Sao Paulo, Brazil.