But then, you’re not thinking very much like a Brit, are you?

Regardless of the questionable logic, the Bentley Continental GT Speed Breitling Jet Team Series will debut in the US, at the jet team’s first American show in Seattle on July 31st. In fact, this year’s Breitling Jet Team tour marks the first time they’ll have come to the North American continent altogether.

One might suspect that in order to have a car made in its honor, an organization would have to be uncommonly excellent at its pursuit. You can rest assured that the Breitling Jet Team is just that.

Comprised of seven L-39 Albatross jets, capable of speeds of up to 565 mph, the Breitling Jet Team is near-enough a French equivalent to our own US Navy “Blue Angels,” or USAF “Thunderbirds.” Only, it isn’t, because the French Breitling team is all-civilian.

In fact, it’s the largest professional civilian jet team in the world. The seven Albatross jets perform physics-defying choreographed stunt routines, regularly organizing into formations with only several feet between them. At 565 mph, a few feet leaves very, very little room for error.

The interior carries on much in the same way, with sculpted leather seats, contrast stitching, and other bold accents wearing the Breitling Yellow hue. Each of the seven cars is numbered, with custom logos and graphics decorating the seat headrests and dashboard carbon fiber fascia. Each door sill plate is also specially numbered.

As we’ve said, the Bentley Continental GT Speed Breitling Jet Team Series will make its public debut late in July, at the Boeing Seafair Airshow in Seattle. Each of the seven buyers of these special Mulliner cars will receive their new keys there, handed-off by the pilot of the plane which inspired their particular car – but only after they’ve been up in the air in an L-39 Albatross with said pilot. 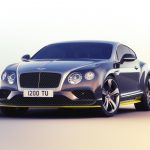 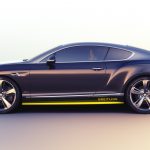 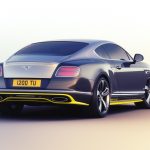 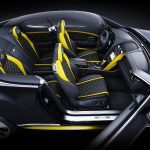 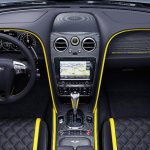 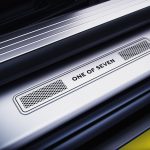 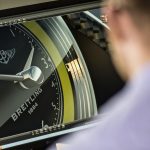 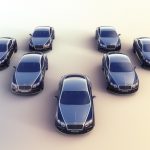 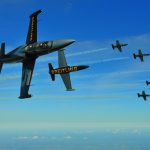