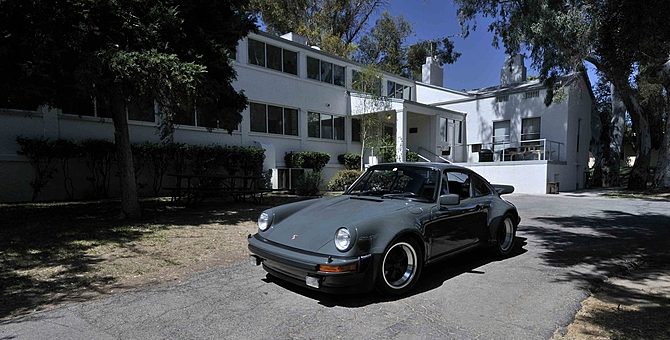 Motor vehicles – like anything with the capacity to kill en masse – should necessarily be subject to sensible restrictions enforced by the government. Can you imagine if 6 year-olds were legally allowed to drive on public roads? We’d rather not.

Clearly, then, restrictions are good. Sometimes. But there’s a clearly-visible line between “sensible” and “clinically-insane” which ought never to be crossed, and lawmakers in Jacksonville, Florida are flirting with legislation which would hopscotch right across that divide.

According to Autoblog, the city of Jacksonville is considering a proposal which would make it illegal to back one’s car into any private, residential driveway.

The proposal may sound entirely random, but like many municipalities across the country, Jacksonville, Florida has a law already on the books which prohibits residents from keeping non-operational cars and trucks on their private property. Therefore, the argument goes, cars ought to be parked with their license plates facing the street for easier verification by city inspectors. Under the proposal, residents could only legally park facing the street if the license plate information were displayed redundantly on the front of the vehicle.

Being outspoken advocates for DIY wrenching in all its forms, we here at Motrolix already take umbrage with the prohibition of storing non-functioning cars – unless they become hazardous blight, of course. We’ll table that for now. As for this proposed legislation, the idea that the municipality of Jacksonville would impose bizarre parking restrictions rather than simply pushing to require front-mounted license plates city- or state-wide is, in a word, weird.

In our view, it’s also likely indicative of the proposed law’s true motivation: creating a new source of revenue for another financially-starved American city.