We’re not quite sure who it was that first decided the automobile could serve not just as a ho-hum means of transportation, but as an exciting, impassioned work of sculpture. Who knows? Maybe the idea is as old as the horseless carriage itself.

At any rate, whoever it was, we would like to shake their hand; without that person – or those persons – we wouldn’t have singularly daring, captivating carriages like this one: the 2006 Lamborghini Concept S.

The Lamborghini Concept S was drafted as a wild, exaggerated take on an open-top Gallardo, and is the handiwork of a team led by former Lamborghini Head Designer Luc Donckerwolke. It rolled out onto the Geneva Motor Show floor in 2005, sans an engine, transmission, and other things typically found in a working car. For obvious reasons, its bonkers styling drew an enormous amount of attention.

The Lamborghini Concept S example seen here is the functional model made some time after Geneva to further gauge public interest, but while love for the design hadn’t diminished, the car was never built on account of prohibitively high anticipated production costs.

Come November, this (literally) singular car will be sold at an RM Auction event in New York. It’s street-legal, fully functional, and has a mere 180 km (112 mi) on the odometer. Chances are, the supreme Lamborghini Concept S will command no less supreme a price at auction, but think of it this way; if you don’t buy it, when could you ever acquire another? 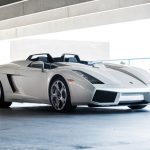 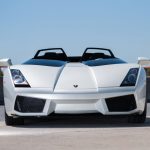 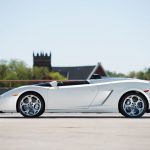 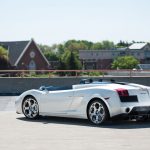 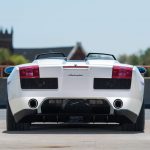 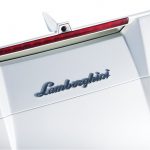 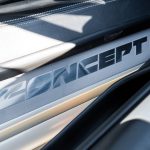 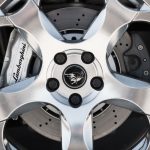 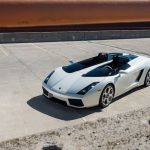