The University of Michigan in Ann Arbor is readying itself for the addition of a small fleet of 3D-printed, low-speed carts to its regular traffic. The intent of these tech-laden electric golf carts: to test autonomous car technology in a ride-share context.

The autonomous cars themselves are coming from Arizona-based company Local Motors, which unveiled the first of the 3D-printed machines at a press conference earlier in the week. Prior to its introduction to the student body, it will be tested at the University of Michigan’s “MCity” – a 32-acre facility meant to mimic the conditions of city driving in a controlled environment.

Once the pilot cart proves itself at the MCity facility, it and two more small, 3D-printed autonomous cars will make themselves available to students for ride-sharing around campus. They can hail the autonomous cars via a smartphone app currently in-development.

Through all of this, it’s important to note that the autonomy of the fleet of carts will be limited in scope; the aim with this trial program is mostly to gauge passenger preferences, gain experience in coordinating a fleet, and gain insight into how to properly balance supply and demand.

Electrical Engineering and Computer Science Associate Professor Edwin Olson remarked that “the goal of SmartCarts is for us to begin understanding the challenges of a transportation-on-demand system built around autonomous cars.”

Olson continued: “On this project, we’re deliberately ‘cheating’ on the autonomy as much as we can—not because we can’t build autonomous cars, but because we need a working test bed now so that we can begin to look at all of the other challenges of an on-demand system.” 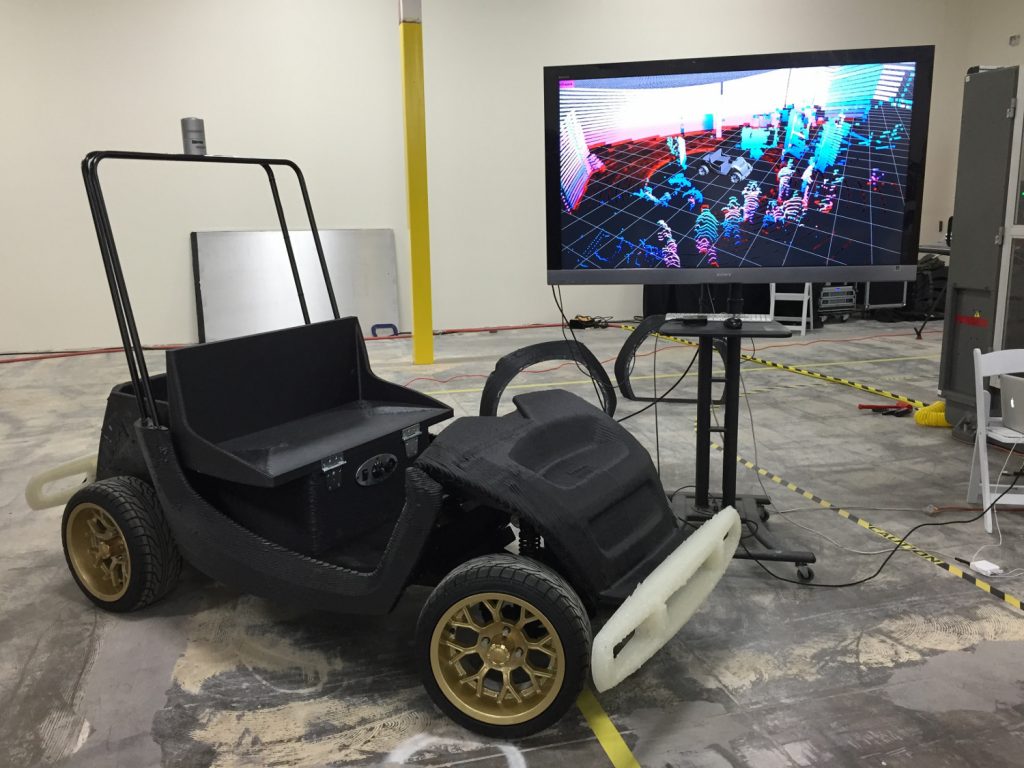 To outsiders, this is an electric golf cart. To U-M students, it’s a means to avoid spooning a stranger on the Bursley-Baits bus.