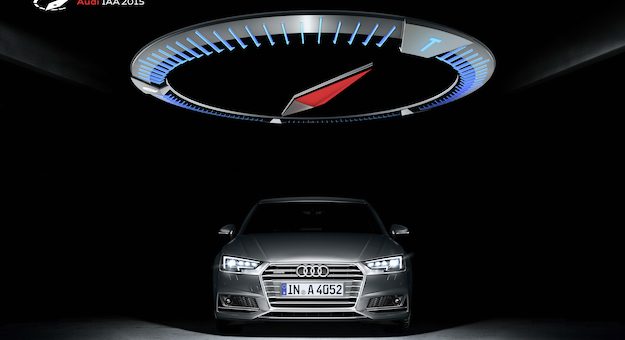 The Frankfurt Motor Show (IAA 2015) is just around the corner, and Audi is giving us a sneak preview as to what its ultra extravagant booth at the event will be all about.

Audi says it is “displaying bold exhibition architecture at the IAA International Motor Show,” by building a three-story temporary building capable of housing more than 33 vehicles. It will be split up into four sections highlighting Audi’s four key themes, Audi Sport, quattro, Audi Technologies and Audi ultra, with the all-new A4 taking center stage.

The exhibition is a multimedia experience, immersing show-goers in the world of Audi. A special entrance called the ‘experience walk’ encirlces the car exhibition in the building’s interior before leading visitors through Audi’s four key themes. The immersive experience appeas to all senses, Audi says, with a 21 degrees below zero Celsius Quattro ice room and a holographic window with augmented reality capabilities.

“We’ve never developed an exhibition presentation that was as thematically stringent as this one,” said Audi Board Member for Sales and Marketing, Luca de Meo. “Never before have we been able to describe the innovations from Audi in such great detail. At the 2015 IAA we will be offering our visitors more of an experience than ever before. This is a unique combination.”

In addition to sedan and Avant variants of the A4, the recently announced E-Tron quattrro concept will also be housed in Audi’s impressive three-story structure at IAA. It should be next to impossible to miss the Audi booth when the 2015 IAA opens to the public on September 19th to the 27th.