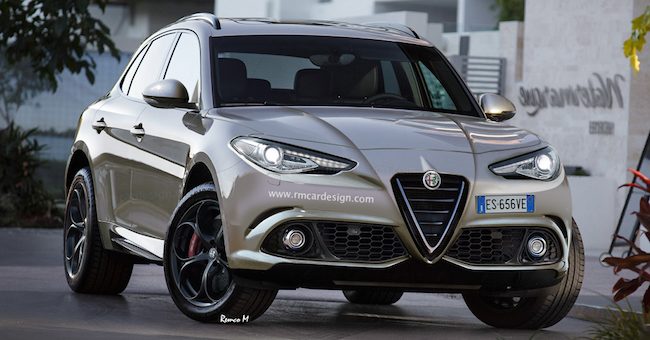 Yesterday it was revealed that Fiat-Chrysler plans to bring 30 new or updated products to market in 2 years, including a new SUV for its Alfa Romeo brand. The mystery crossover won’t be unveiled until 2016, however we can get an idea as to what it may look like thanks to rendering artist Remco Meulendijk.

As was confirmed at this week’s Fiat Chrysler dealer meeting, the upcoming Alfa Romeo SUV will share the automaker’s new ‘Giorgio’ platform with the Giulia. There’s also been rumors of a twin-turbocharged four-cylinder engine coming from FCA in the future, so it seems possible both the Giulia’s twin turbocharged V6 engine and the four-cylinder will be offered in the SUV.

It’s also likely the Alfa Romeo SUV will share a front fascia and other styling features with the Giulia sedan, all of which have been integrated into Meulendijk’s rendering. A performance variant of the crossover is also a possibility, and with the Giulia Qudrifoglio Verde’s wheels, brakes, exhaust tips and aggressive front end, it may not look all too different from what you see here.

Production of the SUV will begin in the fourth quarter of this year, Fiat Chrysler CFO Richard Palmer told The Detroit Free Press, at a yet-to-be-announced location in Italy. A debut at the upcoming Frankfurt or Los Angeles auto shows is possible, but if not, a Detroit debut seems imminent. 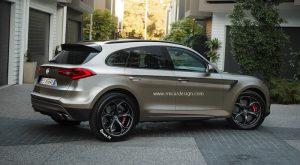