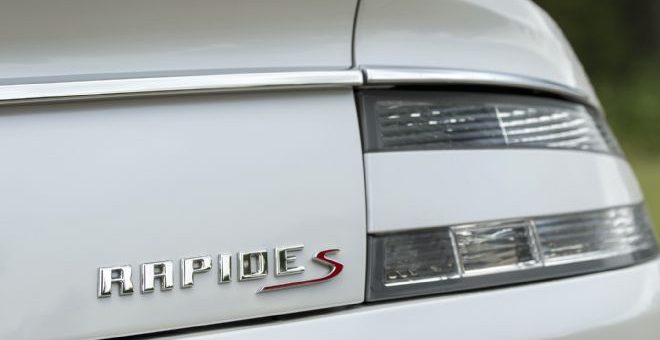 Tesla has proved to all the world’s automakers that there is demand for a high-performance six figure electric sedan. Their Model S P85 produces 762 horsepower if equipped with the optional ‘Ludicrous’ performance package, but Aston Martin thinks they can beat the Californian automaker at its own game.

Aston Martin CEO Andy Palmer confirmed the automaker will bring an all-electric version of its Rapide sedan to market by 2017 when speaking to Automotive News at the recent Pebble Beach Concours d’Elegance. Furthermore, the all-electric four door will produce 800 horsepower and send its power to the ground through all four wheels, very much like the Model S P85D.

Where the Rapide will differ from the Model S P85 D is in its price. The Tesla in its most expensive form is $142,000 USD, but the electric Rapide will likely start between $200,000 and $250,000, filling what is a currently empty niche for a super luxurious electric car.

“What Tesla clearly shows you is we haven’t hit the ceiling in terms of price,” Palmer said. “But I think it’s hard, though not impossible, for them as a relatively new brand to keep pushing up and to go into that super premier area.”

“We don’t do Ludicrous because Ludicrous speed is stupid,” Palmer said.

“I think that the fact that you could drive a few laps of a decent race course or race it around the Nordschleife [famed track in Germany] is much more interesting than doing 500 meters in Ludicrous mode.”

The Rapide EV will likely arrive in spring or summer2017, and will later be joined by an all-electric version of Aston Martin’s upcoming DBX crossover in 2019, Palmer said.