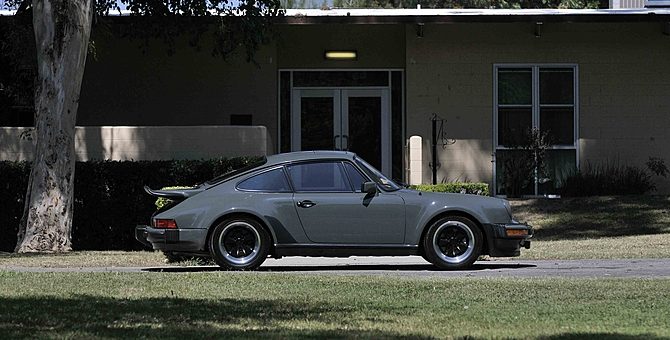 Back in June, it was announced that a special celebrity-owned guest would be joining the Monterey, California Mecum Auction held over the past weekend: a 1976 Porsche 911 Turbo (a.k.a. “930”) once belonging to late Hollywood star Steve McQueen.

Adding to this car’s desirability – beside its pristine condition and full documentation – was the fact that it was the last custom order Porsche ever purchased by Steve McQueen. The pull of all of those attributes added up at the Mecum event last weekend, spurring some heated bidding before driving the car’s final sale price up to $1.95 million, according to Forbes.

That gives this car the distinction of being the most expensive stock 1976 911 Turbo ever sold.

Well, the car is mostly stock; Steve McQueen himself did have Fuchs alloy rims installed some time after purchase, along with a dash switch to cut power to the taillights. Some of the proceeds from this sale are going to support The Boys Republic: a Chino Hills-based non-profit devoted to aiding troubled male youths.