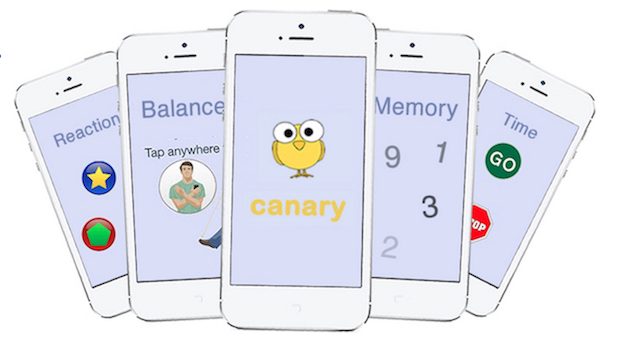 With marijuana being legalized in Alaska, Colorado, Oregon and Washington, concern over drivers climbing behind the wheel when they are too stoned is at an all-time high. It’s tough for police to check if an individual is too stoned as different amounts of THC affect everyone differently, but app developer Marc Silverman thinks he has a solution.

Silverman’s new app, My Canary, allows weed smokers to test themselves to see if they are too far gone to drive. The app uses four separate tests to gauge the user’s memory, reaction time, balance, and time perception. First, the user takes the test sober to establish a baseline, and then they re-take it when they are stoned in order to compare the results.

“The public would be a lot more accepting if they felt more comfortable that people were driving safely and performing safely and there should be an easy test to help determine if you’re impaired,” said Silverman.

Silverman, a former engineer, specializes in performance assessment and has worked with NASA astronauts and professional athletes in the past. His app is for sale for just $4.99 in the app store, so if you’re a weed smoker, it may be a good investment that will keep you and those that share the road with you safe.